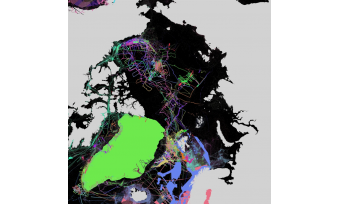 The gridded compilation has been completed under the auspices of the Regional Center for the Arctic and North Pacific Ocean of The Nippon Foundation-GEBCO Seabed 2030 Project. This Regional Center is one of four Seabed 2030 centers covering the world ocean and is run jointly by Stockholm University and the University of New Hampshire. Scientists and map-makers from 15 countries participated in the work, including all circum-Arctic nations.

"IBCAO Ver. 4.0 represents the 2020 contribution to the GEBCO Global Grid which is targeted to map the entire ocean floor by the year 2030,” comments Professor Martin Jakobsson of Stockholm University, co-leader with Professor Larry Mayer of the Regional Center. “Users need a specific grid of the Arctic Ocean in polar projection because the global grid is highly distorted near the geographic poles.”

The data will also provide a much-improved foundation for predictive modelling of the fate of the Greenland Ice Sheet and rise in global sea level.

This is the fourth digital grid of the Arctic to be published since IBCAO was established in St Petersburg in 1997. Since 2012, when the third IBCAO was compiled, numerous icebreaker expeditions mapping the seafloor have been completed. The IBCAO grids have had hundreds of thousands of downloads over the years and are used in all bathymetric applications for the Arctic. 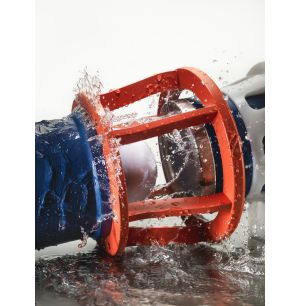