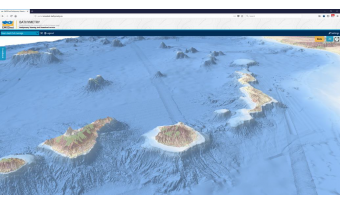 An upgraded version of the EMODnet Bathymetry digital terrain model (DTM) for the European Seas has just been released. This bathymetry product now offers higher resolution, powerful 3D visualisation functionality and extended coverage of Europe’s seas. It is available free of charge for viewing, downloading and sharing by OGC web services from the EMODnet Bathymetry portal.

The EMODnet DTM is a tool used for a whole range of applications in marine science, sustainable ocean governance and blue economy activities such as planning of pipeline trajectories, locations of offshore wind farms or planning of harbour extensions. In science, the DTM supports oceanographers in providing a base geometry for hydrodynamic models, marine geologists for studying morphological processes, and biologists in contributing to the generation of seabed habitat maps. An improved DTM also contributes to reducing risks for damage to coastal and offshore installations and public safety by improving our ability to forecast storm surges, for example.

“We are proud of this new release which will help users to visualise bathymetric features with greater details. It will drastically improve their work, which relies on accessible and high-quality bathymetric data,” declared Thierry Schmitt, coordinator of EMODnet Bathymetry at Shom (Service hydrographique et océanographique de la marine), the French Naval Hydrographic and Oceanographic Service.

Reference for government, science and industry

First launched in 2010, the EMODnet Digital Bathymetry (DTM) has now become a reference for government, science and industry, being by far the most popular EMODnet product. Regularly visited by over 10,000 persons per month with over 3,000 downloads per month, it provides the most detailed publicly available gridded bathymetry model for all European marine waters.

The EMODnet DTM allows users to activate and view bathymetry layers as well as contours and underwater features for the selected areas. Among other functionalities, it is possible to zoom in/out, to switch on/off several layers, as well as to browse data and look up metadata about the underlying data source. Users can draw transects and retrieve the associated bathymetric profiles.

With the ambition to further refine the quality and the accuracy of the DTM, considering both European offshore waters and coastal zones, EMODnet invites potential high-resolution bathymetric data providers to help generate an even better DTM product. Visit the EMODnet Data Ingestion portal to learn more. 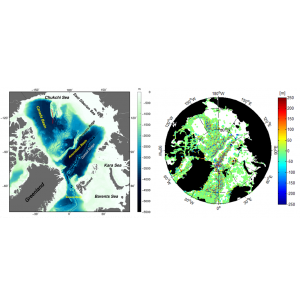 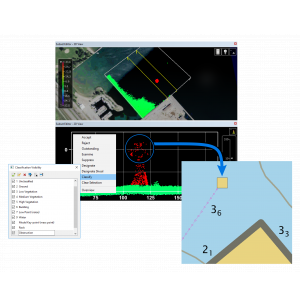