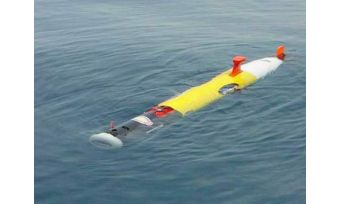 Autonomous underwater vehicles (AUVs) can perform subsea cable surveys faster and more economically than ships with towed instruments, according to a recent study of researchers from the Woods Hole Oceanographic Institution (WHOI). “AUVs can cut down on ship costs and weather delays while reducing the time required to gather the data operators need to assess their underwater infrastructure", said Anthony Kirincich, a physical oceanographer at WHOI.

WHOI researchers deployed an AUV to survey a subsea cable system in Buzzards Bay that links Martha’s Vineyard, an island located south of Cape Cod in Massachusetts, to grid power from the mainland. Buzzards Bay is a bay of the Atlantic Ocean adjacent to Massachusetts, USA. It is approximately 28 miles (45 kilometres) long by 8 miles (12 kilometres) wide and a popular destination for fishing, boating, and tourism.

For this field test, WHOI engineer Robin Littlefield and his team modified a standard Kongsbeg REMUS 600 with magnetometer sensors - one built into the nose of the vehicle and another smaller one mounted on top - to track the underwater cable. The AUV was transported offshore with a small support boat and surveyed a one-kilometre section of cable using a lawnmower-like pattern a few metres above the seabed.

In a recent article on WHOI's website, Kirincich says that AUVs are a good example of a field-proven ocean technology that could and should be leveraged for U.S. offshore wind projects. On its website, WHOI shows an animation of the survey test.

WHOI is a non-profit oceanographic research organization. Its mission is to explore and understand the ocean and to educate scientists, students, decision-makers, and the public. More information: www.whoi.edu.