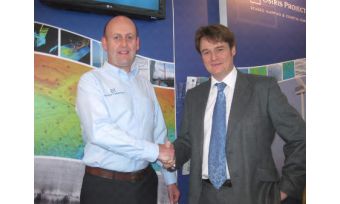 Osiris Projects has decided to upgrade its extensive geophysical data acquisition suite to the CodaOctopus DA4G platform. Its new DA4G 2000 units form part of an order that also sees the company expanding its post-processing and interpretation capabilities by signing up for the new Survey Engine Sidescan+ software.

Commenting on this significant deal, signed at Ocean Business 2013 in Southampton, UK, Gareth Simpson, Sales Manager of CodaOctopus, said he was delighted that Osiris has selected the GEO range for its operations.

Operations Manager for Osiris Projects, Iain Bones, added he was looking forward to getting the new DA4G systems installed on all survey vessels.