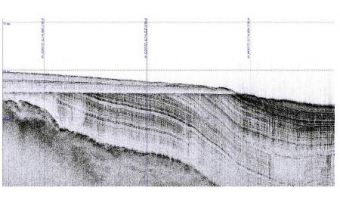 Knudsen Engineering have put their new 15kHz Pinger sub-bottom profiling system through its paces on Lake Champlain Vermont with the support of Middlebury College on their research vessel R/V Baldwin. During the demonstration the Pinger was operated in water as shallow as 1.5 metres. Shallow water has always been a problem for conventional SBP's because of transmission pulse ringing. Data processing was performed with Chesapeake Technologies SonarWiz 5 software.

The Pinger features chirp transmission and a large aperture receiver using the latest PVDF technology that provides higher directivity while remaining lightweight. The Pinger SBP's receive array also has a wide bandwidth. The same receive array can be used simultaneously for multiple frequencies. Designed to be very portable and lightweight, the Pinger is suited for small boats and shallow-water applications that have been problematic with traditional SBP's.

The results from the Pinger showed very high resolution mapping of the layers, and bedrock as well as depth of penetration. Two very experienced observers onboard during the demonstration, Tom Manley and Garry Kozak both agreed the data were very good and produced results that rivalled conventional large heavy SBP systems. The lightweight system will open up new possibilities in shallow water for surveyors.

Image: During a low stand in Lake Champlain some 9,000 years ago, sediments that were previously deposited during the last glacial retreat during the Lake Vermont stage (14,000 to 13,000yBP; dark area in the lower left-hand corner) as well as those deposited during a time when this region was an extension of the Atlantic Ocean and known as the Champlain Sea (13,000 to 9,600yBP; well-defined dipping laminated sediments) were truncated to form a well-defined sub-marine terrace (est. 8,700 yBP). As the connection to the Atlantic Ocean was terminated due to isostatic rebound, the lake soon returned to freshwater conditions and higher lake levels during the Lake Champlain phase (9,600yBP - present). As lake levels rose, recent Lake Champlain sediments were deposited as the uppermost sequence of layered sediments. 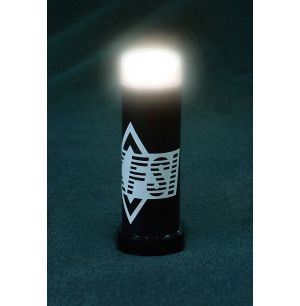 Relocation and Recovery of Autonomous Systems 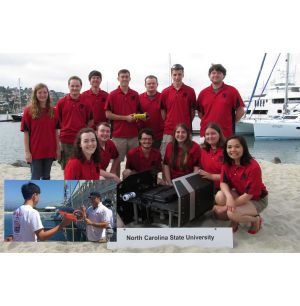 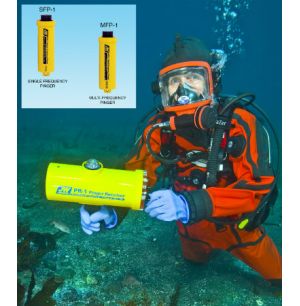