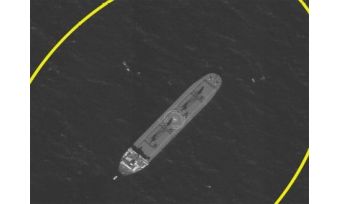 Piracy at sea evolved along with the maritime trade. But in the recent years acts of piracy became much more frequent bringing criminal groups the income comparable to budgets of some countries. The leading place in terms of robbery scope is taken by armed groups from Somalia seizing commercial vessels in the region of the Horn of Africa.

The most notorious attacks of the Somali pirates were the seizure of the Ukrainian dry-cargo freighter "Faina" carrying arms and the Saudi tanker Sirius Star loaded with crude oil. Over 100 seizure attempts have been taken since January this year, a third of which being success for pirates.

Disjoined attempts of different countries aimed at curbing pirates do not yield desired effect though up-to-date techniques of satellite imagery of Earth from space allow receiving remotely detailed information on activities and infrastructure of pirate groups.

Thus, the Israeli company-operator ImageSat International N.V. utilised highly-detailed small satellite EROS B to receive a series of images with spatial resolution of up to 0.7m featuring the area offshore Somalia where vessels seized by pirates are clearly seen.

The company ImageSat Int. provided ScanEx RDC with satellite images showing villages and bases of pirates on the coast of Somalia, moorings of their speedboats and motorboats.

The capabilities of the up-to-date EROS B satellite hardware allow detection of the entire infrastructure of the Somali pirates. But the situation with the pirates reflects the paradox of our times: enormous technical capabilities are not utilized for finding solutions to regional political and economic issues.