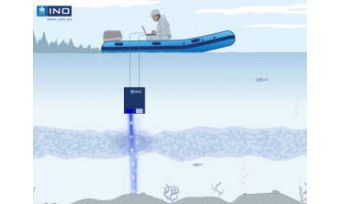 Canadian research institute INO has developed a submarine Lidar to measure the reflectance of the seafloor and water column. The system is used to determine the reflectance of the sea bottom so that the composition can be correlated with relative intensity data from aerial surveys. INO’s Lidar system helps to calibrate the results of airborne bathymetric surveys, increasing their accuracy and enhancing understanding of the results.

INO is working closely with INRS-ETE to test the maximum depth achievable and calibrate the system in the water. This Lidar prototype has the potential to cover a range of 3 to 50m underwater. The Lidar submarine enclosure is currently carried by a zodiac and submerged while following airplanes doing aerial surveys. Future development of the Lidar submarine system will include putting it in an Unmanned Underwater Vehicle (UUV) for independent measurements.

Bathymetric lidar systems use a different and more complex technology to measure seabed topography in shallow waters. Such surveys are typically performed for beach replenishment studies, near-shore surveys, seafloor mapping, nautical chart updates, and coastal zone erosion monitoring. They use the interaction of different laser wavelengths with the seafloor to perform seabed profiling. But the lasers also interact with particles or sediments in suspension in the water column between the surface and the seabed. These interactions need to be considered when mapping the seabed, failing which errors in topographic elevations and hydrographic depths may occur.

Use of bathymetric Lidar systems is likely to increase in the future due to improvements in their functionality, so calibration of those systems is important to ensure accurate seabed topography data. 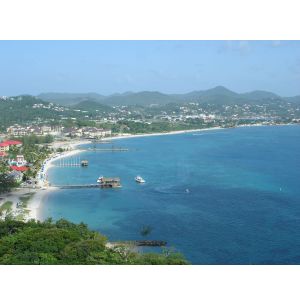