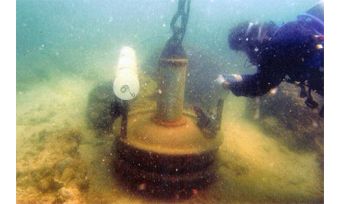 The world class monitoring program provides early detection of conditions that could affect coral reefs over 1100 square kilometres of the environmentally sensitive Mermaid Sound, where a major pipeline dredging project is underway to bring the gas onshore.

The instrumentation and electronics packages are located on the sea floor, rather than in data buoys, due to the prevalence of cyclones in the region, and have successfully survived two cyclones since deployment. Each site transmits three turbidity sample readings every 30 minutes via Iridium Satellite to Woodside's environmental monitoring team in Perth. With this reporting regime, the subsea units have an endurance of approximately 4 months before battery re-charging is required. 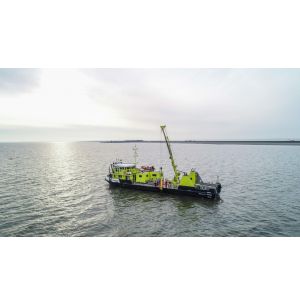