Sonavision have launched the RoxAnn GD-A Seabed Classification system: a radical re-design of the RoxAnn system, containing a number of improvements. The most noticeable difference is the size of the system. At 200x110x60mm and 600g, it is considerably smaller and lighter than the older version. This is a consequence of using the latest surface mount components in the design.
RoxAnn GD-A is also small on power consumption and can be powered using the USB
connection from the computer, although a 5VDC laptop style supply is also included.
RoxAnn GD-A is supplied with an installation CD that allows the user to ‘piggy-back’ to any dual frequency echosounder, from 24kHz to 400kHz, and to switch from one echosounder to another, a feature that was not possible in the older system. It is supplied as dual channel to allow quick changeover from high to low frequency. A more advanced RoxAnn GD-A can accept interfaces for up to any 4 different echosounders, which can be installed and switched in software.
A further enhancement is the ability to record changes in the transmit pulse allowing the user to change the range of the echosounder without affecting the RoxAnn data.
RoxAnn GD-A continues to interface to any and all types of echosounder of survey grade and a number of Navigation and data collection packages including Sonavision’s own RoxMap and Hypack. 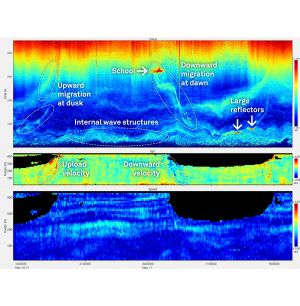 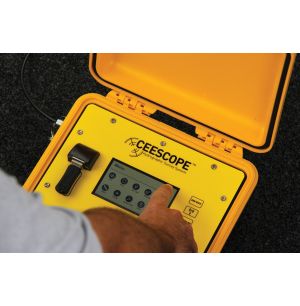