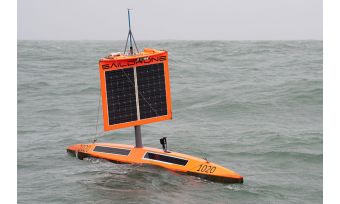 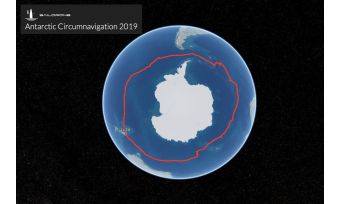 The 196-day mission was launched from Southport in Bluff, New Zealand, on 19 January 2019, returning to the same port on 3 August this year after sailing over 22,000 kilometres (13,670 miles) around Antarctica. During the mission, the vehicle survived freezing temperatures, 15-meter (50-foot) waves, 130 km/h (80 mph) winds, and collisions with giant icebergs.

New data on the rates of carbon

This mission was sponsored by the non-profit Li Ka Shing Foundation and all data made publicly available at no cost in order to accelerate our understanding of critical processes affecting humanity. Science collaborators on this First Saildrone Antarctic Circumnavigation include experts from a number of scientific institutions. Carrying an instrument developed by NOAA to measure carbon fluxes very precisely, the saildrone provided important new data on the rates of carbon uptake in the Southern Ocean.