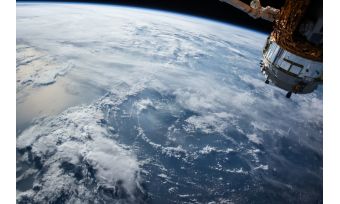 The polar oceans are among the most rapidly changing oceans in the world. The yearly cycle of the build-up and melting of Arctic sea ice is one of the Earth’s vital signs and a key climate variable monitored by scientists. While they may be far from the world’s major population centres, changes in the polar regions have global implications: they affect the world’s climate through carbon storage and/or release, heat balance, and other environmental and ecological impacts. One of the most visible indicators of this change is the reduction in the extent of Arctic sea ice by the end of September each year, the UN Environment Programme reports.

Arctic sea ice increases its extent during the northern hemisphere winter, reaching a maximum in March. “Under the influence of global heating caused by human-induced greenhouse gases emissions, we have seen a sharp decrease in the extent of Arctic sea ice since 1979,” says Pascal Peduzzi, Director of GRID-Geneva, part of the UN Environment Programme (UNEP).

In a recent Intergovernmental Panel on Climate Change report (IPCC, 2019), scientists observed a reduction trend of 12.8% (± 2.3%) per decade. With 4.1 million square kilometres, the 2019 minimum arctic sea ice extent is the second lowest (after the record low of 2012) since the beginning of satellite monitoring in 1979. This rate of decline is likely (between 66% and 90% probability) to be unprecedented in at least the past 1,000 years.

Read the full report at www.unenvironment.org.