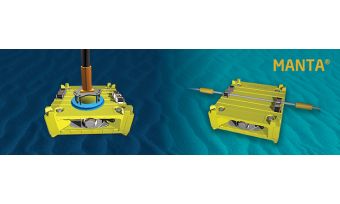 Seabed Geosolutions has been awarded a large 3D ocean bottom node (OBN) survey in the Santos Basin in Brazil. Seabed Geosolutions’ Manta node system will be used. The seven-month contract is valued at around USD90 million and is scheduled to commence at the end of the fourth quarter of 2017 or in early 2018.

Stephan Midenet, CEO of Seabed Geosolutions expresses to be pleased to have acquired the industry’s largest ever OBN survey, spanning more than 1,600 km2. The Manta technology is expected to deliver a breakthrough in efficiency of ocean bottom surveys.

Seabed Geosolutions is a joint venture between Fugro and CGG. It collects geophysical data on the seabed through an array of imaging technologies for oil and gas companies, focused on the development and production phases of oil and gas fields. Seabed Geosolutions’ Manta bottom node solution represents a change in seabed survey productivity in all configurations and water depths.