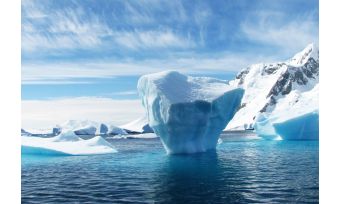 Global concern about rising sea levels has thrust increasing loss of glaciers and ice sheets into public attention. A key uncertainty in projections of sea level rise is the rate of ice loss at the seaward margin of glaciers. The glaciers of Greenland and Alaska that reach the sea have therefore received increased scientific notice. Yet the ways in which warm ocean water interacts with and erodes the face of these glaciers have been largely unobserved.

Operating near an ice cliff that is actively calving icebergs - above and below the water line - is both difficult and dangerous. Icebergs sized as big as football fields, can shoot to the surface at 300m from the glacier’s face.

A variety of ocean processes, ranging from mixing to circulation, are stimulated at a glacier’s terminus. As well as local dynamics at the ice/ocean boundary, the melting is influenced by remote factors. Examples include weather conditions further inland and deep-water temperatures farther seaward.

In the summer of 2018, a team of scientists from Oregon State University and University of Alaska deployed an extensive and innovative observational program to study ocean processes at the face of LeConte Glacier in southeast Alaska.

Teledyne RDI ADCPs were installed on moored and moving platforms, and so played two different roles in the study. Upward-looking ADCPs were fitted to several moorings that had a variety of purposes, including recording ascending motions near the face of the glacier and measuring deep horizontal currents. These currents carry warm seawater toward the glacier.

In a second role, ADCPs were mounted on remotely controlled kayaks developed by OSU. These unmanned vehicles were used to deploy moorings in dangerous yet critical locations adjacent to the glacier’s calving ice cliff. The vehicles also performed spatial surveys around the fjord.