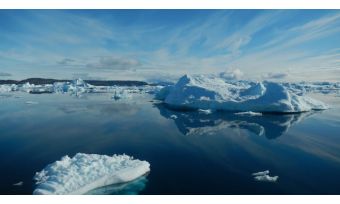 According to new research, the Arctic’s oldest and thickest ice is more mobile than ice in the rest of the Arctic and is vanishing twice as fast. Researchers have identified what they’re calling the last ice area, a 2,000-kilometre stretch of ocean northwest of Greenland where the Arctic’s summertime sea ice might survive for a few more decades.

As reported in Geophysical Research Letters, a biweekly peer-reviewed scientific journal of geoscience published by the American Geophysical Union, sea ice coverage in the Arctic Ocean has declined, on average, by more than one-third from 1984 through 2018. Only in two portions of the last ice area – one patch immediately north of Greenland, and another swath centred more than 1,300 kilometres to the west along Canada’s northernmost islands – does near-total sea-ice coverage persist from year to year, the researchers say.

Unlike the rest of the Arctic Ocean, ice thicknesses in these two regions range up to a maximum of approximately four metres. Recent analysis also reveals that ice loss there is occurring at twice the rate it is elsewhere in the Arctic Ocean. These two areas of persistent sea ice may be the final northern realms where wildlife largely dependent on sea ice for survival, such as polar bears, walrus, and narwhals, can hold out in a warming world, the scientists say.