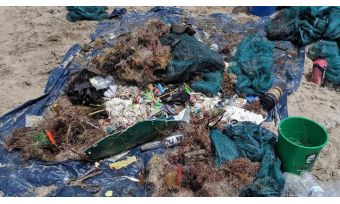 The event was organized by Dixie Divers. It was supported by the marine conservation non-profit project AWARE and the scuba diving agency PADI. It aimed to show that conservation brings more people together now than ever before. All the marine debris data collected will be submitted to Project AWARE's world's largest marine debris surveying database for potential policy changing work in Deerfield Beach and South Florida.

The Sun Sentinel (its website is not available in European countries), reported that the previous record for the most divers taking part in an underwater cleanup was held by Ahmed Gabr, a former Egyptian Army scuba diver. He brought a team of 615 divers to the Red Sea of Egypt in 2015. Jack Fishman, a diver who attended the event, told the media that at least 9,000 pieces of marine debris were reported to Project AWARE.  "What an amazing day for conservation and an amazing day for the dive community", Fishman wrote in a Facebook post about the event.