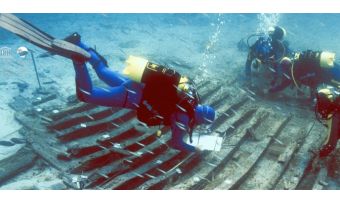 Participants at the Meeting of States Parties to the 2001 UNESCO Convention on the Protection of the Underwater Cultural Heritage on 20 June designated these five examples representing best practices for the protection of underwater cultural heritage. Designated on the recommendation of UNESCO's Scientific and Technical Advisory Board (STAB), best practice examples are projects presented by States Parties that promote responsible public access to underwater cultural heritage, promote scientific research and ensure the sustainable management of archaeological sites.

The five best practice examples are:

“By designating these best practices, UNESCO promotes concrete and directly applicable solutions for the protection of underwater heritage. I call on all states and stakeholders concerned to draw inspiration from them to amplify the drive to protect these remains, which bear the memory of our human history,” said UNESCO Director-General Audrey Azoulay.

The Conference of States Parties was held on 20-21 June at UNESCO Headquarters and was chaired by Ghazi Gherairi, Ambassador of Tunisia to UNESCO. Held at least once every other year, the conference brings together all the major stakeholders involved in the implementation of the convention.

It followed on the International Conference on the Protection of Underwater Cultural Heritage, which took place in Brest, France, from 17-19 June, with the participation of the Director-General of UNESCO, Jean-Yves Le Drian, France’s Minister for Europe and Foreign Affairs, diplomats and international experts. Participants highlighted threats to underwater cultural heritage, such as looting and climate change, and called for the bolstering of its protection and enhancement.

Common Framework to Preserve the Oceans

UNESCO also recalled the importance of mobilizing States and global actors around a common framework to preserve the oceans in a sustainable manner, particularly for the preparation of the United Nations Decade of Ocean Sciences for Sustainable Development (2021-2030).

Adopted in 2001, the Convention on the Protection of the Underwater Cultural Heritage aims to provide better protection for the millions of wrecks and historic remains preserved on the seabed. This international treaty is a response to the looting and increasing destruction of underwater heritage exposed to treasure hunters. The convention also aims to promote public access to this heritage and to encourage archaeological research. To date, it has been ratified by 61 States. For more details, visit https://bit.ly/2Fwzbzf. 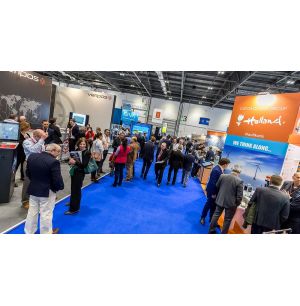 Become an Exhibitor or a Partner of CHC 2020
Latest news