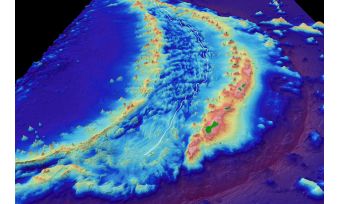 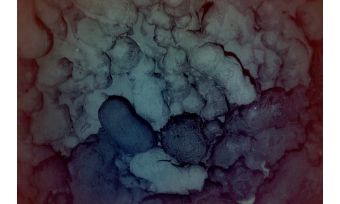 By the time of their return from a 28-day expedition onboard R/V Falkor in mid-December 2015, a team of scientists had more than doubled the number of known hydrothermal vent sites in the Mariana Back-arc region. This area, west of the Mariana Trench, is where plate spreading and submarine volcanism are concentrated. Several momentous findings were made, including the discovery of one of the deepest vents ever found plus volcanic activity.

The team on R/V Falkor led by NOAA Pacific Marine Environmental Laboratory Cooperative Institute scientists Dr. Joe Resing from University of Washington and Dr. Bill Chadwick from Oregon State University, were able to increase the number of known hydrothermal vent sites in the Back-arc from three to seven by discovering four new areas of activity. One of these vents is amongst the deepest ever found from the 700 vent sites known globally. Only three other vents extend deeper than this newly-found vent, detected at a depth of 4,230 metres (13,900 feet).

Another important outcome was the discovery of an extremely rare recently-erupted underwater lava field that is likely only a few months old. According to chief scientist Dr. Joseph Resing, this region probably experiences eruptions no more than once a century, making the 125m (400 feet) thick lava flows a very exceptional find. The scientists also observed cloudy warm water leaking through the still-cooling pillow lavas. At the return of AUV Sentry, imagery showed brand new lava flow on the sea floor.

The multidisciplinary group used their Woods Hole Oceanographic Institution’s Autonomous Underwater Vehicle (AUV) Sentry, operated as part of the National Deep Submergence Facility. Multibeam sonar and chemical and optical sensors were also used to hunt for the new hydrothermal oases on a track that explored a 600km (400 mile) stretch of Pacific seafloor in the vicinity of the Marianas Trench Marine National Monument. This region, best known for including the ocean’s deepest depths, is also populated with active underwater volcanoes and unique deep-sea ecosystems that provide a rich environment for uniquely adapted species.

The science team will return to this same Back-arc region one year from now to explore the newly-found hydrothermal vents with Schmidt Ocean Institute’s brand new 4,500m ROV. Armed with new maps of the recently discovered vents, the researchers will be able to better characterise the deep-sea ecosystems in and around the Mariana Trench Marine National Monument, exploring how vent species adapt to their unique chemical and geologic environment.

All data obtained during the expedition are made publicly available by Schmidt Ocean Institute. Support for this expedition was provided by the NOAA Ocean Exploration and Research Programme and NOAA’s Pacific Island Regional Office.