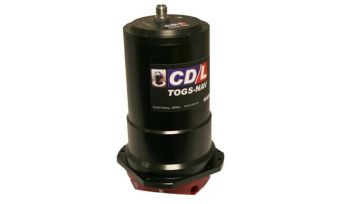 First deliveries of the CDL TOGS-NAV have been received by SMD at their facility in Wallsend, England. The first two systems were delivered in October on an accelerated schedule as part of a major contract awarded to CDL earlier this year. The TOGS/NAV system will be a standard fit to each of twenty QX-Ultra work class ROVs to be delivered to Subsea 7 / i-Tech in the next eighteen months (with an option for a further 10 systems).

All of the ROV's will be utilised in Brazil for upcoming work with Petrobras. The award is CDL's single largest order to date for the relatively new system which was launched early in 2010 and provides further evidence of CDL's position as a major force in the supply of navigation and inertial solutions to the Oil and Gas sector.

The unit itself is a leap forward in the provision of an integrated navigation solution for ROV systems, providing Heading, Pitch and Roll, Depth and DVL data in a single compact housing. At the heart of the unit is CDL's already successful TOGS (Tiny Optical Gyro System) - this is combined with Valeport's miniIPS (0.01% accuracy) depth sensor and RDI's industry standard Workhorse Navigator DVL to complete a powerful tool for subsea navigation.

Besides this standard functionality, by 1st quarter next year the systems have the option of upgrading (via simple firmware flash) to full INS (Inertial Navigation System) capability with DVL, depth and acoustic aiding. This will allow another level of functionality including acoustically aided mid-water station keeping - shaping up to be the next ‘must have' in work class ROV capability.

Subsea 7 / i-Tech and SMD were quick to see the benefits the TOGS/NAV system could offer and input from those companies influenced the final design and operability of the system. CDL design engineers were keen to implement their suggestions which included developing a bespoke communications protocol allowing full control and functionality for each part of the system and all data transfer over a single twisted pair.