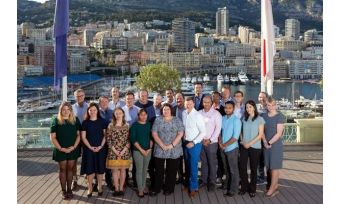 The GEBCO-Nippon Foundation Alumni Team has won the Shell Ocean Discovery XPRIZE, prevailing against talented teams from around the world to claim the top prize of US$4 million for their entry concept. The award was presented to the team at a ceremony at the Musée Océanographique de Monaco, in the presence of leading international ocean experts by Anousheh Ansari, CEO of XPRIZE.

The team’s entry into the competition was funded by The Nippon Foundation, a Japanese private non-profit organization, and utilized the SEA-KIT Uncrewed Surface Vessel (USV) Maxlimer, alongside the Kongsberg Maritime HUGIN Autonomous Underwater Vehicle (AUV) System. The team’s concept for efficient, safe and cost-effective seafloor mapping was based around the Kongsberg Maritime HUGIN AUV, rated to operate at depths of up to 4,500 metres, supported by the SEA-KIT USV, which has the ability to autonomously launch and recover the AUV and acts as a communication link during subsea survey operations.

The prize money will be reinvested by The Nippon Foundation into the development of future ocean mapping initiatives.

The team venture was based at the Center for Coastal and Ocean Mapping / Joint Hydrographic Center (CCOM/JHC) at UNH. The Alumni worked closely with partners including the Sasakawa Peace Foundation, Hushcraft, Ocean Floor Geophysics, Earth Analytic, Teledyne CARIS, Raitt Orr and Associates, ShipOwners, and OmniAccess, as well as equipment supplier Kongsberg Maritime AS, to develop and advance the team concept created especially for the Shell Ocean Discovery XPRIZE.

“Our team’s success could not have been achieved without the partnership and support of The Nippon Foundation. We are the result of their investment in training a new generation of ocean mappers at the University of New Hampshire for the last fifteen years." said Dr Wigley. “The Shell Ocean Discovery XPRIZE challenged us to develop effective, efficient, and better ways of mapping the seafloor. We chose to meet the challenge of XPRIZE by forming a team that transcended borders, on land and at sea. We are privileged to have competed against so many excellent teams, and we have all succeeded in the challenge. We can’t wait to see what the future holds for us and for our technology, all of which can only further the ambition of The Nippon Foundation-GEBCO Seabed 2030 Project to map the entirety of the world’s oceans.”

"The most important and unique aspect of our solution is the approach that we took. It brought together engineers, scientists, developers, business, authorities and many others. Although sometimes it was a challenge to find a common language, I think our achievements show how effective this approach can be.” said Dr Yulia Zarayskaya.

The GEBCO-NF Alumni Team entered the competition in July 2016, successfully making it through to the semi-final stage and qualifying for the final round, which saw them travel to Kalamata, Greece, to compete against the other finalists in a 24-hour ocean mapping challenge. This involved producing a 5m horizontal resolution bathymetric map, as well as high-definition images of biological, archaeological, or geological features of the ocean environment, which are critical to understanding the oceans and will help inspire the next generation of educators, students, policymakers, and investors to care about ocean discovery, resource development, and protection. 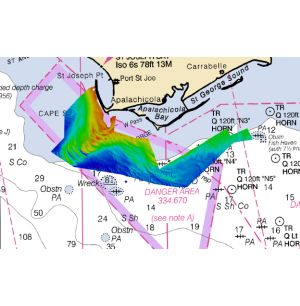