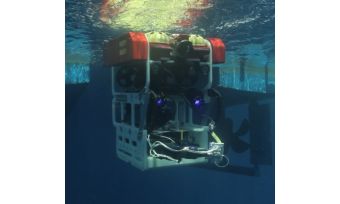 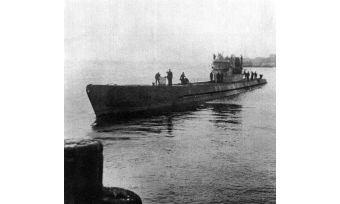 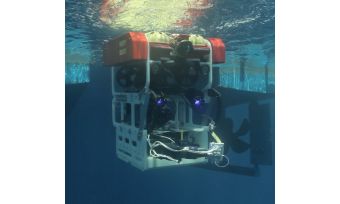 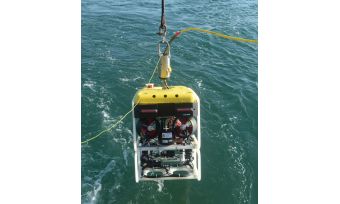 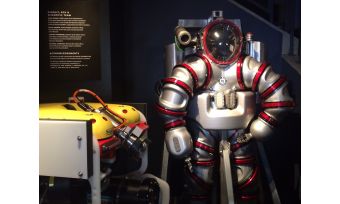 Images of significant historical shipwrecks are currently being captured by a Saab Seaeye Falcon ROV and beamed directly to educational and public audiences on shore in a live telepresence-enabled exploration project. The University of Rhode Island’s research vessel 'Endeavor' is exploring the remains of two shipwrecks located off the coast of Rhode Island, USA. One of the shipwrecks is the German submarine 'U-853' that was sunk at the very end of World War Two.

Also aboard Endeavor, a scientific team is a conducting an acoustic tracking experiment for tracking fish using newly developed technology.

Schools, colleges and the general public are able to view live programmes over the Internet - broadcast in high bandwidth - using the ship-to-shore satellite telepresence system and the video streaming facilities at the Inner Space Center. TV channel Rhode Island PBS is also simulcasting the live webcasts.

Named Deep Reef by the exploration team, the Saab Seaeye Falcon is equipped with the most advanced filming equipment including Hollywood-grade camera technology used in movies like ‘Avatar’, and low-light cameras that can see in the dark, along with single-mode fibre optics and a gigabyte Ethernet for the fastest, highest grade images possible.

Prior to the Falcon’s exploration a side-scan sonar system surveyed the shipwreck sites ready to construct a dive plan for navigating the ROV safely around each wreck.

In addition to exploring shipwrecks, Dr David Gruber, associate professor of biology at City University New York, said the Falcon will image the seabed sedimentary geological formations and the marine biological habitat associated with the wreck sites and surrounding region.

He added that the scientific team will also conduct an acoustic tracking experiment with newly developed technology that includes a miniature archival tag for long-range fish tracking.

The team’s plan is to transit south of the shipwreck sites and deploy an acoustic source attached to a float. This will then transit prescribed distances from the source and collect data from the experimental receivers used for the fish tagging.

Dr Gruber is highly familiar with the Falcon, having deployed it in the search for cures for Alzheimer’s disease and cancer by studying bioluminescent and fluorescent proteins found in marine life that, when attached to human cells, become light-emitting markers that could help trace otherwise invisible nerve damage.

The small Falcon, among the most popular ROVs of its class in the world, has five powerful thrusters for extreme manoeuvrability and for mastering strong currents whilst filming and on tasks, together with an intelligent distributed control system that makes it easy to add and change systems, along with an ability to handle highly sophisticated technology.

The programme is aimed at raising public awareness and for educating students about significant historical and natural resources located off the coast of Rhode Island. The investment in the programme ensures that the infrastructure both at the Inner Space Center and onboard the R/V Endeavor is used to its full potential.

Dr Dwight Coleman, director at the Inner Space Centre and a marine research scientist, spearheaded the exploration team of scientists, engineers, archaeologists, students, teachers, and video producers from the University of Rhode Island, along with contributors from the Ocean Exploration Trust, and the US Coast Guard Academy.

During World War II, German U-boats were sent to America’s coastline to disrupt shipping lanes across the Atlantic Ocean. The submarine U-853 operated off America’s shore from 1944-1945. When it sank the 368-foot steam ship SS Black Point, four American warships set out to hunt the U-boat and after a 16-hour chase they tracked it down and sank it.