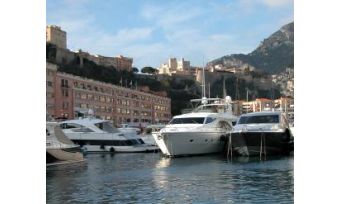 The IHO has been working on organisational changes for several years. During the EIHC in 2005 and the IHC in 2007, the constitutional documents were approved in the meeting but they needed support by 48 Member Countries. As this now has been reached, changes will be made, entering into force on 8 November 2016. The term International Hydrographic Bureau for the headquarters will make way for IHO Secretariat, which will be led by the IHO secretary general and two subordinate directors.

The term International Hydrographic Conference used to designate the principal organ of the Organization, composed of all Member States, will be replaced by the Assembly. The ordinary sessions of the Assembly will be held every three years instead of every five years for the Conference. The first session of the IHO Assembly (A-1) will be held in Monaco from 24 to 28 April 2017, at which time an IHO Council will be established.

In order to provide a logical and sequential timetable for decision making, the Directing Committee anticipates that the first meeting of the Council (C-1) will take place in October 2017 and annually thereafter. The second session of the Assembly (A-2) should take place in April 2020. The planning cycle for the IHO work programme and budget will change from a five-year to a three-year cycle. The next cycle will run from 2018 to 2020.

The subsidiary organs will report to the Council that will then refer their proposals to the Assembly or to the Member States, for adoption, through correspondence.

Also, the strict eligibility requirements for candidates seeking election as the Secretary-General or a Director are relaxed.