What Are the Impacts of Climate Change on the Arctic Ocean 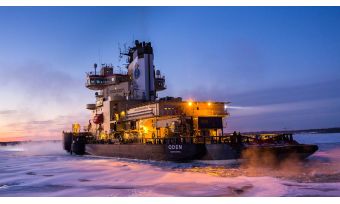 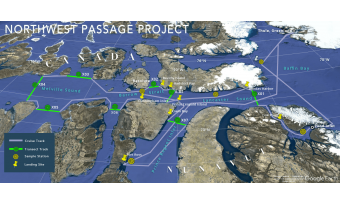 Today a group of American and Canadian scientists will embark on a two-week research mission through the Northwest Passage. Led by the University of Rhode Island’s Inner Space Centre, researchers will collect water, ice and air samples to help better understand the effect of climate warming on the environment and biodiversity in the Canadian Arctic. Members of the Northwest Passage Project depart from Greenland aboard the Swedish icebreaker Oden, equipped with the technology to share real-time observations and live broadcasts, for a 1800 NM voyage.

It is important for people everywhere on Earth to see and understand how this region affects all of us", says NPP principal investigator and project director Gail Scowcroft. "The region's meltwater, water circulation, and exchange of greenhouse gases between the ocean and the atmosphere are causing wide-scale environmental and climatic changes, which increasingly affect people and wildlife diversity around the world." In addition to the many live interactions while at sea, the project will also be the subject of a two-hour television documentary in 2020, Frozen Obsession, being produced and directed by Emmy Award-winning director David Clark.

The expedition's chief scientist, Dr. Brice Loose of the University of Rhode Island Graduate School of Oceanography, is coordinating and leading the research into the exchange of greenhouse gases between the water and atmosphere, and changes in distribution and abundance of two vulnerable levels of the Arctic food web - plankton and seabirds.

Live interactive broadcasts throughout the expedition will use the ISC's advanced telepresence technology and video production facility. Pre expedition webinars, archived online, will prepare the students for their research experiences. The ISC will also produce daily video blasts using footage supplied by the onboard filmmakers. These video blasts will be used during broadcasts and live interactions with partner sites. They will also be available on the ISC's YouTube channel (here).

Details of the Research Mission