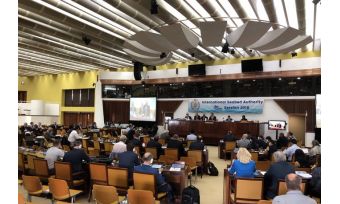 The 25th Session of the International Seabed Authority (ISA) Part II opens on 15 July with the ISA Council in Kingston, Jamaica, where Member States and Observers are set to commemorate ISA’s 25th Anniversary and continue their discussions around the draft exploitation regulations for commercial deep seabed mining in the international deep seabed area, amongst other matters.

Comprising two segments, the annual session will include the ISA Council from 15 to 19 July, followed by the ISA Assembly, which will be held from 22 to 26 July. The ISA Legal Technical Commission (LTC) held from 1 to 12 July and the Finance Committee, held from 8-10 July will precede the Session.

The ISA Council, which consists of 37 countries, will carry out a first reading of the draft exploitation regulations for commercial deep seabed document and hold an open-ended informal working group to discuss its payment mechanism.

Council Members will also consider the status of national legislation relating to deep seabed mining; applications for a plan of work by Beijing Pioneer Hi-Tech Development Corporation for exploration; elections to fill a vacancy on the LTC; reports of the Chairs of the LTC and Finance Committee, and matters relating to the Enterprise.

The Assembly, which includes all 168 Members of ISA, will feature a special session to commemorate the 25th anniversary of ISA on 25 July, with the second edition of Secretary General’s Award for Excellence in Deep-Sea Research, and a high-level panel on capacity building co-chaired by H.E. Baron Waqa, President of Nauru and H.E. Voreqe Bainimarama, Prime Minister of Fiji.

Members of the Assembly will also consider implementation of the Strategic Plan for ISA for the period 2019‐2023 and the High-Level Action Plan; requests for Observer status; appointment of the Credentials Committee; election of the President and Vice‐Presidents of the Assembly; the annual report of the Secretary‐General, and the statement by the Council President on the work of the Council.

What:   25th Session of the International Seabed Authority (Part II) 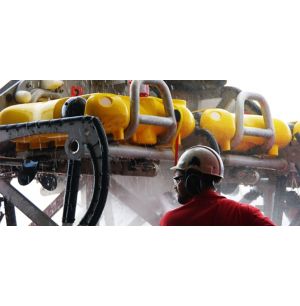