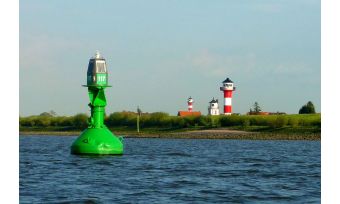 Global vulnerability to sea-level rise is worse than previously understood, according to a report of Climate Central, an independent organization of leading scientists and journalists researching and reporting the facts about the changing climate and its impact on the public. Climate Central surveys and conducts scientific research on climate change and informs the public of key findings.

New elevation data shows that by mid-century, frequent coastal flooding will rise higher than areas currently home to hundreds of millions of people, the report says.  As a result of heat-trapping pollution from human activities, rising sea levels could, within three decades, push chronic floods higher than land currently home to 300 million people. By 2100, areas now home to 200 million people could fall permanently below the high tide line.

Climate Central's new figures are the result of an improved global elevation dataset, produced by the organization using machine learning, and revealing that coastal elevations are significantly lower than previously understood across wide areas. The threat is concentrated in coastal Asia and could have profound economic and political consequences within the lifetimes of people alive today.

Sea-level rise is one of the best known of climate change’s many dangers. As humanity pollutes the atmosphere with greenhouse gases, the planet warms. And as it does so, ice sheets and glaciers melt and warming seawater expands, increasing the volume of the world’s oceans. The consequences range from near-term increases in coastal flooding that can damage infrastructure and crops to the permanent displacement of coastal communities.

Projecting flood risk involves not only estimating future sea-level rise, but also comparing it against land elevations. However, sufficiently accurate elevation data is either unavailable or inaccessible to the public, or prohibitively expensive in most parts of the world outside the United States, Australia, and parts of Europe. This clouds understanding of where and when sea-level rise could affect coastal communities in the most vulnerable parts of the world.

A new digital elevation model produced by Climate Central helps fill the gap. This model, CoastalDEM, shows that many of the world’s coastlines are far lower than has been generally known and that sea-level rise could affect hundreds of millions of more people in the coming decades than previously understood.

Read the full report. (Image by Helmut Jungclaus from Pixabay)