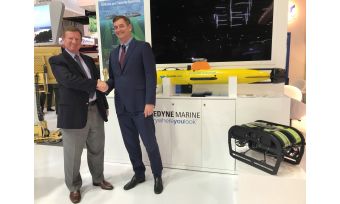 Teledyne Marine has announced, through local partner Trust International Group (Abu Dhabi), the sale and delivery of unmanned systems to the UAE Navy to support Search and Recovery applications. The sale included both a Gavia AUV and a SeaBotix vLBV300, which will provide the UAE Navy with a highly effective rapid response capability from a low logistics AUV and an observation class ROV capable of cooperative and complementary mission profiles from search/detection and classification to intervention.

The Gavia system, as delivered to the UAE Navy, is equipped with a Edgetetch 2205 scan sonar and cameras to utilize a high accuracy Teledyne RD Instruments Doppler Velocity Log (DVL) aided Inertial Navigation System (iXBlue) for subsea positioning. The Gavia is a modular system allowing this base configuration to be augmented at a later date as mission requirements evolve.

The Gavia AUV is an autonomous sensor platform that is user configurable by the addition of one or more sensor, navigation, or battery modules by means of a twist lock system. The Gavia is a fully low logistics modular system designed to be operated from vessels of opportunity and is known for its great depth rating. Gavia AUV systems have been utilized in real-world Search and Recovery missions including the AirAsia Flight QZ8501, numerous operations from naval users, and the Icelandic Coast Guard.

The SeaBotix vectored LBV (vLBV) has the advantage of being small and lightweight, yet powerful enough to navigate strong currents while carrying a multitude of sensors and payloads. It is highly configurable both in the factory and in the field. Each of the components (i.e. thrusters, cameras, lights, electronics bottle, and flotation) is designed for easy installation or removal. This design concept allows for efficient upgrades, updates and maintenance while minimizing downtime and allowing the systems to be reconfigured and 'grow' as needed.

Within the Teledyne Marine Vehicles umbrella, are industry-leading suppliers of unmanned systems. Teledyne Webb Research’s buoyancy driven Slocum glider is the glider of choice for the US Navy’s Littoral Battlespace Sensing-Glider (LBS-G) program and scientific programs globally. Over 700 Slocum gliders have been delivered to customers around the world. Teledyne Seabotix’ Remotely Operated Vehicles (ROVs) are the man-portable ROV of choice for domestic and foreign militaries with more than 1,500 systems delivered. Teledyne Oceanscience’s Unmanned Surface Vehicles (USVs) are used for survey and inspection purposes worldwide, and Teledyne Gavia, the producer of the Gavia market-leading low logistics modular AUV and newly released SeaRaptor deepwater rated AUV complete the industry leading group, which provides unmanned vehicle platforms for operation from the surface of the water to the deep sea. 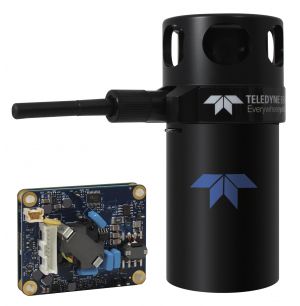 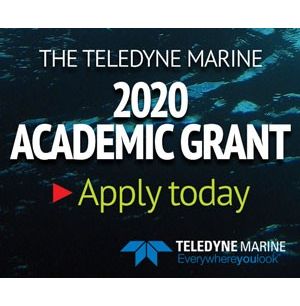