While standing on a small ship near Bikini Atoll in the Marshall Islands during the summer of 2019, University of Delaware Professor Art Trembanis looked up and realized that if he had been in that spot 73 years ago, he would have been engulfed in a humungous atomic mushroom cloud, Adam Thomas writes in his article published on the website of the University of Delaware.

It was in that idyllic and, more importantly, remote central Pacific island that the United States conducted a series of nuclear weapons tests in the 1940s and 1950s that sunk warships, tanks and other vehicles as part of a simulated nuclear battlefield. Twelve wrecks, some of them as large as the passenger liner Titanic, now lie in the 180 foot-deep waters of Bikini Lagoon.

In June, Trembanis led a team tasked by Search, a US-based cultural resource management firm, with conducting an underwater mapping effort to locate and characterize the ghost fleet that sits on the bottom of the Pacific as well as the landscape of the atoll in general.

The nuclear testing programme at Bikini Atoll was a series of 23 nuclear weapons detonated by the United States between 1946 and 1958 at seven test sites on the reef itself, on the sea, in the air, and underwater. The test weapons produced a combined fission yield of 42.2 Mt of explosive power.

The United States was engaged in a Cold War nuclear arms race with the Soviet Union to build more advanced bombs from 1947 until 1991. The first series of tests over Bikini Atoll in July 1946 was code-named Operation Crossroads. The first test was dropped from an aircraft and detonated 520ft (160m) above the target fleet. The second was Baker and was suspended under a barge. It produced a large Wilson cloud and contaminated all of the target ships. Chemist Glenn T. Seaborg was the longest-serving chairman of the Atomic Energy Commission, and he called the second test "the world's first nuclear disaster."

Shocked by the Size of the Explosion

The second series of tests in 1954 was code-named Operation Castle. The first detonation was Castle Bravo, which tested a new design utilizing a dry fuel thermonuclear bomb. It was detonated at dawn on 1 March 1954. Scientists miscalculated and the 15 megaton (Mt) nuclear explosion far exceeded the expected yield of 4 to 8 Mt (6 Mt predicted), and was about 1,000 times more powerful than each of the atomic bombs dropped on Hiroshima and Nagasaki during World War II. The scientists and military authorities were shocked by the size of the explosion, and many instruments were destroyed which they had put in place to evaluate the effectiveness of the weapon.

Authorities had promised the Bikini Atoll's residents that they would be able to return home after the nuclear tests. A majority of the island's family heads agreed to leave the island, and most of the residents were moved to the Rongerik Atoll and later to Kili Island. Both locations proved unsuitable for sustaining life, and the United States had to provide residents with on-going aid. Despite the promises made by authorities, this and further nuclear tests (Redwing in 1956 and Hardtack in 1958) rendered Bikini unfit for habitation, contaminating the soil and water, making subsistence farming and fishing too dangerous.

Most Violent Explosions on the Planet

“When people think of that photo with the mushroom cloud, that’s where we were. You see how dwarfed these massive ships were by that blast,” said Trembanis. “In many ways, I was struck by it being this idyllic, beautiful Pacific island and I thought ‘This was the site of the most violent explosions on the planet.’ It’s still very much a puzzle, and we’d love to be able to go back.”

(Sources: Wikipedia and University of Delaware). 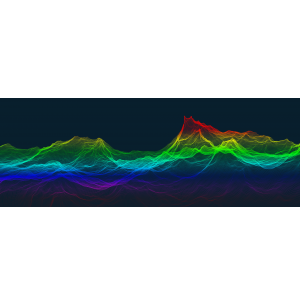 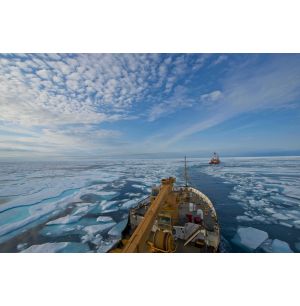