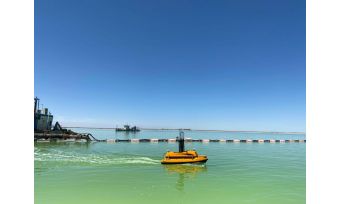 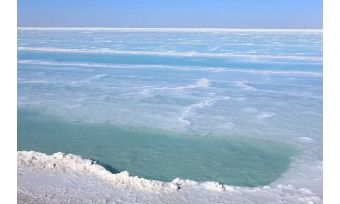 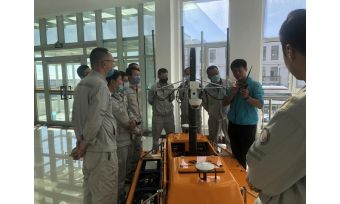 In early July 2020, an OceanAlpha ME120 unmanned surface vessel (USV) joined the national potash mining project in Lop Nur in the Chinese province of Xinjiang to conduct routine bathymetric surveys.

Lop Nur used to be the largest lake in north-western China before it dried up in 1972. Known as the ‘Sea of Death’, Lop Nur is located in the south-eastern part of Xinjiang Uygur Autonomous Region. It is now an enormous desert, with no grass, streams or birds, where summer temperatures can reach record highs.

So, what is an unmanned boat doing in a dry lake?

Following a discovery by geologists, a potash mine has been opened in the northern area of the dried-up Lop Nur. The mine contains 12.2 billion tons of muriate of potash, a potassium-containing salt used widely by farmers in fertilizer, and can meet the world’s consumption for more than 200 years.

In recent years, Xinjiang has launched a 1.2 million-ton mining project, to extract brine from the ground and discharge it into depressions to produce potash fertilizer through natural evaporation. The annual precipitation in Lop Nur is only 30mm, while the annual evaporation is as high as 4,000mm, which is very conducive to the crystallization of potassium salt. It is because of this project that a sparkling water body has reappeared in Lop Nur, giving the unmanned boat a stage on which to perform.

In the process of potash fertilizer production, the brine pumped from the ground forms a salt lake, the water level of which constantly changes during the process of evaporation. Therefore, to monitor the salt lake storage capacity and level of crystallization, the water depth and underwater topography must be measured regularly to provide accurate data to support production.

The salinity of the brine in Lop Nur is 353.46g/l, which is ten times that of seawater. The anti-corrosion and anti-salt spray capabilities of the ME120 USV and its instruments successfully dealt with this huge challenge. At the same time, the communication of video images and data was smooth through the private network of the unmanned ship, despite the poor public network in the remote Tarim Basin.

Unbearably high temperatures of over 40°C in the summer makes the working environment extremely hard for mining staff. The USV can survey autonomously, while the staff can operate it remotely and obtain measurement data from the office or the engineering vehicle. The arrival of the unmanned boat has therefore greatly reduced the cost and harshness of the work.

The water level of the salt lake changes frequently. However, their deep draft means that manned ships are unable to enter most shallow-water areas and near-shore locations, otherwise they risk stranding and damaging the survey equipment. It is also difficult to maintain the same survey route every time, and the distance between each survey line is broad. Incomplete data acquisition and low data accuracy are therefore the inevitable shortcomings of manned ship surveying.

An unmanned boat solves these problems. Its shallow draft allows it to survey in extremely shallow water areas, reducing blind spots. GPS is used for automatic positioning so that the position can be accurately matched to the data. More comprehensive and accurate data can help develop more reliable production and mining plans.

The enlistment of ME120 USV was ardently welcomed by the mining staff. Its arrival provides an intelligent solution for measurements of the salt lake and frees the staff from the harsh and arduous working environment. 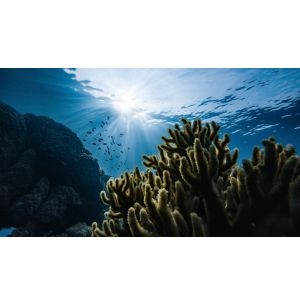 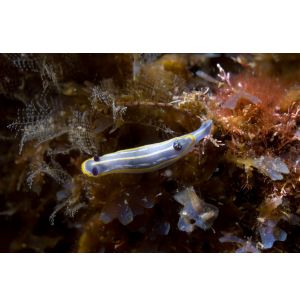 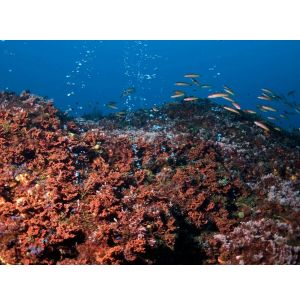