The National Oceanography Centre (NOC) has developed the first ever global wind speed products based on reflected GPS signals, using data from the UK TechDemoSat-1 satellite. This demonstrates the potential of this technique to improve sampling of ocean surface winds, as well as to improve weather monitoring and forecasting by complementing existing satellite measurements from scatterometers and radiometers.

The use of reflected signals from Global Navigation Satellite Systems constellations, such as GPS and the European equivalent Galileo, is known as GNSS Reflectometry (GNSS-R).

The measuring principle relies on detecting navigation signals after reflection from the ocean surface, where a calm ocean will give a clean reflection, whilst a rough ocean surface will reduce and spread out the reflected signal. The NOC have developed algorithms that estimate the ocean roughness and wind speed from these reflected navigation signals. This achievement is the result of over fifteen years of partnership between Surrey Satellite Technology Ltd (SSTL) and NOC, sponsored by Innovate UK, the European Space Agency, the UK Centre for Earth Observation Instrumentation and the Natural Environment Research Council (NERC).

GNSS-R has the advantage of using transmitters already in orbit. Together with the lightweight low-power receivers, this allows GNSS-R to be relatively small and low-cost and therefore suitable for deployment as constellations of small satellites or as guest payloads on satellites of opportunity, to improve space-time sampling of the ocean. GNSS-R also has applications to remote sensing of the cryosphere and land surfaces. Thanks to TechDemoSat-1, it has been possible to show that GNSS-R can detect the changing location of ice edges over time, and has potential for measuring ice elevation and thickness.

The GNSS-R receiver on TechDemoSat-1 is a precursor to eight similar receivers to be flown as a constellation for the NASA CYGNSS mission. CYGNSS will be launched in late 2016 and has a particular focus on observing winds within cyclones, hurricanes and typhoons with unprecedented spatial and temporal sampling as shown in the video below.

The data for this research was acquired from the UK TechDemoSat-1 satellite, launched in 2014 by Surrey Satellite Technology Ltd (SSTL). With support from the European Space Agency and SSTL, the NOC developed the processing chain that transforms reflected signals measured on the satellite to delay-Doppler maps and Levels 2 wind speed products. This data has been released on the website www.merrbys.org. The TechDemoSat-1 mission continues to transform our understanding of spaceborne GNSS-Reflectometry by providing the opportunity to improve signal calibration and to explore the characteristics of the reflected signals and develop new algorithms and applications. 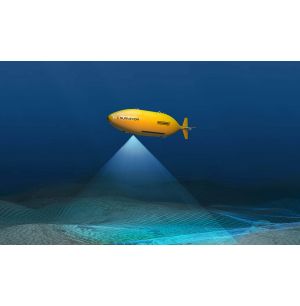 Latest News from the Exhibition Floor at Ocean Business 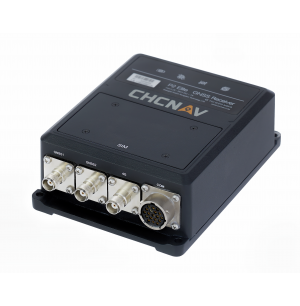 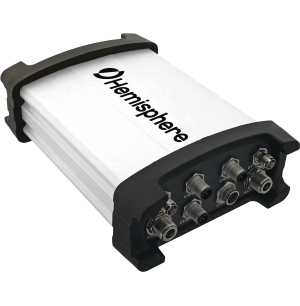