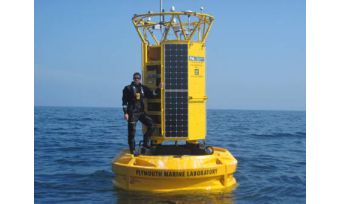 The UK Met Office has funded another meteorological /oceanographic data buoy from Hydrosphere UK, which has been installed as part of the Western Channel Observatory. The buoy was deployed at station E1 and is being operated and maintained by Plymouth Marine Laboratory (PML) in collaboration with the Met Office.

The Western Channel Observatory (WCO) is an oceanographic time-series and marine biodiversity reference site in the Western English Channel. The E1 station forms an integral part of the observatory; located 20nm south ofPlymouth in an open shelf environment. The E1 station has a hydrographic time series dating back to 1903. Plymouth Marine Laboratory (PML) has operated two moored buoy systems within the context of the observatory since 2008.

The buoy reports hourly measurements direct to both organisations, where it is used by PML scientists, in conjunction with other datasets from the observatory, to provide insights into ecosystem function and marine biodiversity. The world class ecosystem modelling and remote sensing groups within PML also utilise the data for model and algorithm development and validation. By integrating these observational disciplines scientists at PML can begin to disentangle the complexity of the marine ecosystem so that we may better respond to issues such as climate change, resource management and maintaining a healthy and productive marine environment. 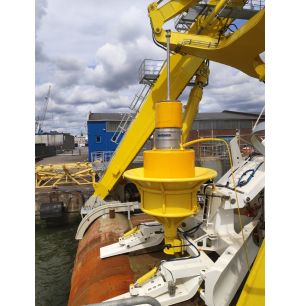 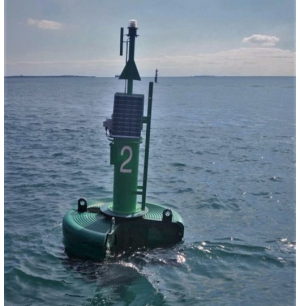 This is How a Wave Sensor Adds Ship Strike Alerts 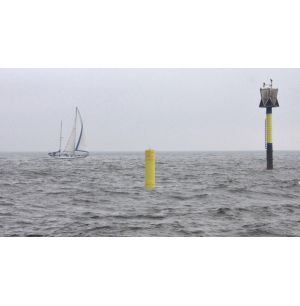