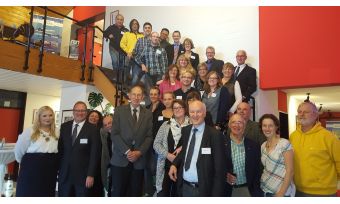 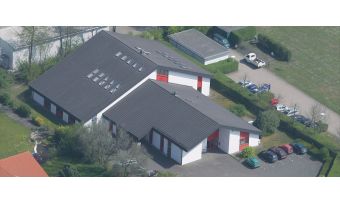 Helzel Messtechnik GmbH celebrated its 20th anniversary on 16 October 2015 together with customers, friends and family at its headquarters in Kaltenkirchen, Germany. Helzel markets the WERA system, an oceanographic land-based over-the-horizon radar that provides real-time measurement of ocean surface currents, waves and wind over large distances. While buoys and ADCPs only provide point measurements, WERA information is available over the entire coverage area up to 300km offshore.

Founded in 1995 by Thomas Helzel and Matthias Kniephoff, the company began with the development and production of intelligent industrial electronics, manufactured signal generators, synthesizers and high-frequency amplifiers before entering the oceanographic and environmental measurement market in 1999.

In the year 2000, the first commercial WERA system – originally developed at the Institute of Oceanography at the University of Hamburg – was delivered to the University of Hawaii. The WERA systems are currently available with compact antenna versions for simple applications or as high precision systems with 8 to 16 antennas arranged as linear array. “These high end systems are the main business area of Helzel Messtechnik” Thomas Helzel explains. “With this technique it is possible to provide quality flags for each data point, and there are thousands of data cells within the monitored area. These qualified data are perfect for professional applications such as harbour management, search and rescue operations or disaster warning. Furthermore, these data can be used for data assimilation into hydrodynamic models
to improve the reliability of met-ocean forecasting.”

Due to the high quality of the measured data, WERA enjoys an excellent international reputation. As a result, it has been installed in more than 30 countries worldwide. The interesting fields of application of WERA vary from the monitoring of currents and waves in shipping channels, environmental monitoring (e. g. oil spill drift prediction), to the improvement of search and rescue operations, planning support for offshore industries, ship-detection, and as a component for Tsunami Early Warning systems. For this last mentioned application, the Sultanate of Oman has chosen ten WERA systems for the main part of their National Multi-Hazard Early Warning Center (NMHEWC). The monitoring of MetOcean data in shipping channels is the focus for Rijkswaterstaat (RWS) in the Netherlands and the Helmholtz Center for Material and Coastal Research (HZG) in Germany. RWS operates two systems in the Maasmond area at the Port of Rotterdam. HZG operates three WERA systems on the islands of Sylt, Wangerooge and in Büsum. The oceanographic data for the German Bight has been implemented in the COSYNA network and finds its way to the different users.
Development, production and international sales of these products are centred in Kaltenkirchen. The company is a member of the Maritime Cluster North Germany, which supports the innovative development group of Helzel and, in particular, international marketing.

Company founder, Thomas Helzel says “we appreciate the high commitment of our team, which made it possible to manage the very complex projects and installations over the past 20 years. We now actually need to strengthen our team and will recruit another motivated software engineer who is capable of supporting customers, and in addition loves to work on hardware-oriented tasks and will support our team on their installations abroad.“ Young, committed engineers can grow within Helzel Messtechnik, as shown by the career of Leif Petersen who joined the board of directors at the end of 2014, after having been employed for 10 years.

Dr. Anna Dzvonkovskaya from the Technical University of Hamburg and an expert in Tsunami and Ship Detection/Tracking joined the Helzel team, along with Marek Swirgon, oceanographer from the University of Szczecin in 2014. The ongoing research in the field of Tsunami detection actually concentrates on a test system installed on the west coast of Canada by Ocean Network Canada ‘ONC’. This research project has its focus on the timely detection of near-field Tsunamis as such events are most critical with regard to pre-warning time. The latest results with optimised WERA signal processing has shown that such an ocean radar can already detect an approaching Tsunami in deep water (>1,000m). This is a big step forward in improving Tsunami Early Warning and, in particular, in reducing the false alarm rate.
The company has built a worldwide international partner and support network over the past 20 years, which is continuously growing. Starting in 2016, the Latin American market will be supported by INESI, a company founded by Roberto Gomez, a former team member and WERA software expert from Mexico. This is an important step in accessing the growing Latin American market.
The 20th anniversary party was the icing on the cake of this year’s WERA Operators Seminar. The Seminar is held every year in Kaltenkirchen to train international sales partners and customers. This year, it was again a colourful mix of visitors from Germany and overseas, which will contribute to the company‘s continued success.