News
The Deployable Geospatial Support Team (DGST), then called the Hydrographic Office Deployable Survey Unit, was originally created in the 1980s to conduct hydrographic surveying activities in Antarctica. The DGST as a small part of RAN hydrographic capability continues to evolve. It now conducts surveying tasks to meet other national charting requirements, in addition to military Rapid Environmental Assessment (REA) surveys, an activity which now places a Hydro/Metoc ship in an actual battle space as a tactical entity. The DGST is currently commanded, both in the field and at home base, by Lieutenant Commander D.G. Mullins, RAN. It is based at the Australian Hydrographic Office in Wollongong, New South Wales, and consists of a Lieutenant Commander or Lieutenant, Hydrographic Specialist, in command; a Warrant Officer and a Petty Officer, both Hydrographic Systems Managers; an Able Seaman Hydrographic Systems Operator and a Marine Technical Sailor. The team is often augmented by additional RAN hydrographic specialists and occasionally by army surveying reservists with hydrographic qualification and experience.

The team is equipped with the Antarctic Survey Vessel, ASV Wyatt Earp, which operates from Wollongong, and the Survey Motor Boat, SMB Alert, which operates from Cairns. Both vessels are fitted for shallow-water surveying with a Single-Beam Echo Sounder (SBES), side-scan capability and a positioning system, usually a GPS derivative. DGST also has the very versatile surveying capability of allowing the team to be flown to remote areas and to military operations with handheld surveying equipment. The survey equipment can then be rapidly deployed on 'Vessels of Opportunity'. DGST was deployed in such a way to both Operation Sumatra Assist Phase I (Bandar Aceh) and Phase II (Nias) with as little as six hours notice. As such deployments occur at short notice it is possible that DGST, or at least part of the team, are already deployed to other surveying activities. Operation Sumatra Assist Phase II was just such a situation and priorities demanded the team cover both the operation and a national surveying task at Flinders Island, Tasmania.

The Flinders Island survey, conventional in all aspects, was conducted over two months in November 2004 and March 2005. It was required by the Australian Maritime Safety Authority to confirm the safety of routes to and from the port of Lady Barron. The main shipping routes are from Lady Barron to Bridport, Tasmania and Welshpool, Victoria, servicing the states’ cattle and sheep export, plus a growing tourism industry. Wyatt Earp, five personnel and associated equipment and provisions were transported by ferry to the island. Operation Sumatra Assist Phases I and II was, in contrast to the above survey, a REA process with narrower objectives. The only purpose was to ensure that HMAS Kanimbla, the command ship, and her embarked landing craft (LCM8s), could operate with enough information to safely navigate in close proximity to the areas requiring humanitarian aid.

Due to the tsunami and associated earthquakes the charts of the area could no longer be relied upon for safety of navigation, hence the use of DGST in such circumstances as a risk-mitigation strategy. As Kanimbla was limited to deeper water, generally greater than 20 metres, the risks to her were far less than those faced by the LCM8s. The latter consequently required the conducting of some large-scale surveys to find suitable landing sites to unload heavy, army earthmoving equipment and personnel. Due to erosion and flooding at Bandar Aceh it took 18 hours from DGST arrival to find a suitable landing site. Turbid water, receding flood-
waters and debris made the job of finding a suitable landing site very exigent. In this situation, predicted tides had to be used to reduce soundings and the accuracy of the positioning system quickly assessed in the field. These constraints meant that any chartlets produced as a consequence of the REA data had to be disclosed to Command, especially noting the possible limited accuracy. 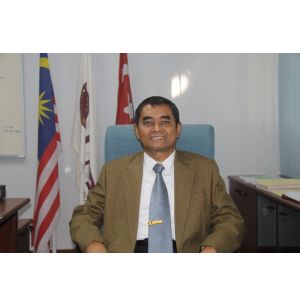 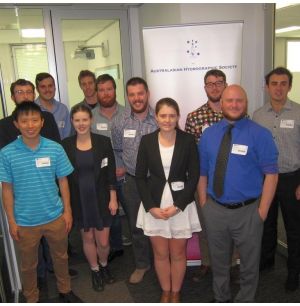