Dredgers involved in mining for (precious) minerals and metals often work in an inland dredging pit. Dredgers float in a ‘wet environment’ where the surrounding water is used as transport medium. The fact that the minerals are mostly covered in various sediments is one of the biggest problems in mining them. This article describes some of the techniques used in these dredging operations and illustrates the importance of integrating techniques and information.

Most minerals, like rutile and zirconia, are to be found on top of a layer of clay with the highest concentrations found closest to it. Pewter is mostly found on a rocky bottom, while gold and diamonds lie on gravel layers. Detecting the right layer-depth and thickness of concentrate over the area to be dredged is difficult and time-consuming. Mining managers provide limitations (depth tolerances) to prevent damage and disruption to the dredging process and/or mineral separation. When mining for pewter and gold the above-lying sediment layers are processed without mineral separation in order to achieve a higher production rate. As soon as the layer holding the minerals is reached, the dredging process slows down, as separation of minerals now assumes maximum importance.

When dredging in a closed pit or pond the dredger often comes face to face with a steep slope. This slope regularly collapses, spreading material/sediment throughout the dredging pit and creating the possibility of damage to the material to be dredged. As there is no good acoustic method available for finding out where the fallen sediment has settled, cleaning sweeps are not carried out. After separating out of minerals the transport medium (water) flows into the same dredging pit, rendering it slimy. The whole water column is now contaminated with sediment particles, making it impossible to use standard bottom-detection methods such as echo sounders and boomers, which do not work in these environments.

Present Methods
The chart presenting the layer-depth of minerals is based on data collected by bottom cores. Coring is expensive but necessary, as the more information is collected regarding the layer the more efficiently the separation process. This cuts down on costly separation time and provides information for optimal production. Most mining companies use a core pattern with horizontal spread of about 150 metres. In practice, making a mineral chart by hand mostly involves linear interpolation between the bottom cores. This chart is used onboard the dredger and, as mineral layer positions are sometimes very irregular over short distances, the layer-chart differs from reality. The dredging operator uses the layer-chart to determine to what depth he can lower his cutter. Often he uses quite a tolerance, sometimes up to 1 metre, to prevent stagnation in the separation process.

Monitoring and Control
Various dredge-monitoring and visualisation systems have been developed over the years by IHC Systems and are used on all kinds of dredging equipment. One of these is the Dredge Track Presentation System, combining the automation and control system of the dredger with visualisation of process and progress of a dredger on a (hydrographic) project. DTPS systems are connected to a variety of equipment such as positioning systems, gyro, tidal information, telemetry systems, production instruments and dredge-tool positioning systems. The DTPS system communicates essential information to all the systems to automate the dredging process.

The use of these systems allows the dredging operator to be continually informed and gives him a clear overview of the dredging process and progress: he knows exactly what, how, and how deep he is dredging, when to increase accuracy and when to stop. Some functionalities are added to the DTPS specially for the mining industry; bottom-coring information can be digitised, resulting in maps carrying information on various layers. Alarms are generated when an operator passes through a wrong layer or comes to close to a layer. The dredging operator knows exactly where he has stopped the swing, and into what position he has to move his cutter. The DTPS can also display the same information at other places than the operator’s seat. These remote-view options can encompass several dredging vessels working together on the same project.

Slope Indicator System
A slope indicator system (SIS) based on laser distance measurement can be connected to the DTPS. The distance from the dredger to the slope in front of it is continuously measured. From this fixed point to the cutter the angle of the slope is calculated. During the swing, slope angle is continuously visualised and updated when necessary. The slope angle Sl2 is the actual measured and computed angle, which can vary between Sl1 and Sl3. The dredging operator has an online indication of how the slope looks and can estimate the potential danger of a slide that might damage dredging equipment, resulting in expensive repair and project downtime. Modelling of the slide based on sediment composition can enhance this method and improve the dredged model from the cutter.

Spill Detection
The swing velocity of the dredger has to be adapted to the kind of bottom and mineral layer. Unless the dredger is equipped with a production-meter the operator has no adequate insight into the dredging process; he has only an indication based on control of the side winches. The moment a certain maximum density has been reached in the concentration of material to be pumped and separated, all sediment is no longer being pumped. Much remaining falls behind the cutter and is usually lost. This is called ‘spill’. If concentration decreases during the duty watch of a certain operator it will lead to excess of spill, i.e. avoidable production loss. By connecting to a DTPS a production-meter that measures concentration and velocity of the mixture the dredging process can be better mastered and monitored, enabling alarm signalling. Depending on the concentration of the mixture, the swing velocity of the dredger can be controlled automatically, thereby preventing increase in spill.

Acoustic Detector
Our company uses a digital, modified, acoustic wide-band and FM-modulated Sub-Bottom Profiler based on the principle of Chirp II. This profiler has a special noise-suppression system and is thus very well able to be used in a ‘slimed’ dredging pit. It gives the possibility of visualising total sedimentation column (0/3 - 40 metres, depending on type of transducer) with an accuracy of approximately 5cm. Minerals, sand, silt, gravel, clay and rocks give with respect to one another a minimal acoustic attenuation of approximately 10dB. This can be clearly visualised and digitised. It is possible to trace online a pre-set layer, such as clay, and digitise this layer.

Improving Tolerance
By installing the acoustic sensor next to the cutter-head the clay layer can be seen with respect to the exact dredging depth. This offers the possibility of exactly positioning the cutter-head if all systems are calibrated properly approximately 5cm to the clay layer. Increasing precision improves production remarkably. The acoustic detector is also very well suited to detecting spill. By moving the transducer frequently along the pontoon behind the cutter-head it is possible to detect spill and digitise it. The spill layer gives significant attenuation with respect to the dredged layer.

Pewter Mining
Most pewter layers lie at sea, situated under the seabed in valleys on a rocky bottom. Using a digital sub-bottom profiler, pewter layers (sediment profiles) can be mapped. This is done by ‘normal’ surveying routines: installing the SBP on a survey vessel and connecting it to a survey program and positioning device. This gives digital sediment profiles of a large mining area without the normal dense bottom coring. Ground truthing has to be carried out on at least one bottom core to provide a geological overview and check the digital survey. When processing ashore, both top and bottom layers of the ‘pewter profile’ have to be digitised exactly and independently of each other. After digitalisation, other matrices are processed which loaded into the DTPS system show the mineral profile layers on an electronic chart and in cross profile.

Concluding Remarks
A few typical examples of the application of precision hydrography for effective and efficient dredging operations are mentioned here. Of course, next to hydrographic measuring sensors, good steering and operation of dredging instruments is essential. Sound integration of data from both systems in the example mentioned here, but also in others from the dredging industry, can lead to optimal performance. This in turn results in cost reductions over the total dredging budget; in other words, such integration of resources can allow a modern dredging vessel to dredge both efficiently and at exactly the right spot. 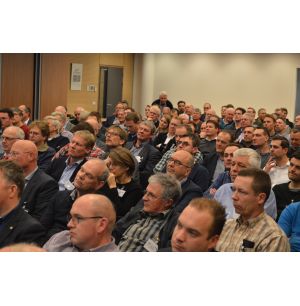 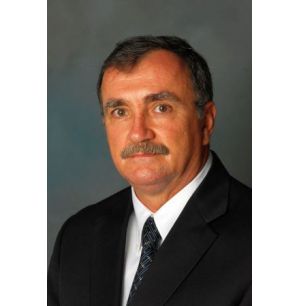 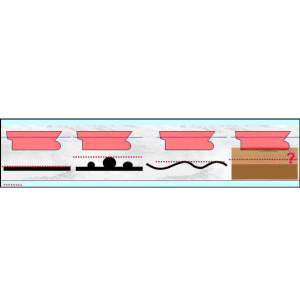