How Television ‘Ghosts’ Contributed to Positioning 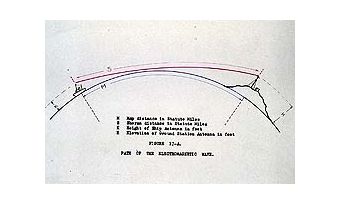 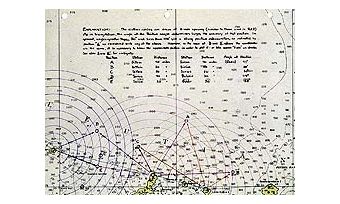 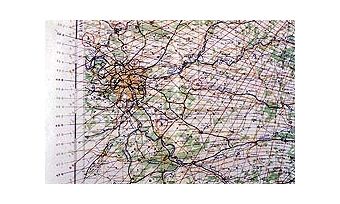 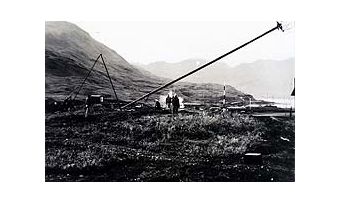 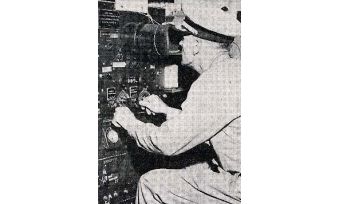 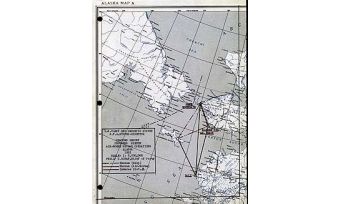 Before and during the Second World War, there were several developments in electronics that changed the course of hydrographic history. These aircraft bombing systems were what ultimately led from the medium-frequency systems to super-high-frequency navigation systems that characterised navigational control for hydrographic surveying throughout much of the world for the next 50 years. Not by coincidence did they also lead to many advances in distance measurement in geodetic and plane surveying.

Oboe, Gee, Decca and Loran were developed by the British for various types of navigation during the war. Oboe was the equivalent of a super-high-frequency range-range system in which a bombing aircraft would follow a pre-set range arc from one station called the ‘cat' and would drop its ordnance when it intersected a second predetermined arc from a second station termed the ‘mouse'. This system was capable of placing bombs within at least 65 metres of the desired target. Gee, Decca and Loran were usually set up so that navigation was accomplished by observing and plotting intersecting hyperbolic lines of position. Accordingly, they had varying accuracies depending on factors such as system frequency, hyperbolic lane expansion, lines-of-position intersection angles and the weather.

The US contribution to these navigation methods was a 300MHz line-of-sight system called Shoran (an acronym for short-range navigation). The origins of Shoran can be traced to a serendipitous discovery before the war. Stuart Seeley, an engineer with the Radio Corporation of America, developed a concept for an extremely accurate navigation system based not on work with radar, but with television. Seeley observed ‘ghosts' (shadowy second or third images offset from the direct path image) on television screens, which he reasoned were caused by reflected signals. In 1938, he devised an experiment that allowed him to measure the time interval between arrival of a primary signal and a signal sent from a repeating transmitter - in effect generating a ghost by controlling a reflection from a known point. The time interval measured at the receiver was converted to a distance that was within 50 feet of the geodetically determined distance between repeater and receiver, which were separated by many miles. For various reasons beyond his control, Seeley was not able to produce an operational navigation system until 1944. On 11 December 1944, Shoran was first used in combat when it guided American bombers to a previously impervious bridge in northern Italy, which was destroyed on this first Shoran-guided attempt. The accuracy attainable with this system was 10 to 20 metres on average, but the potential accuracy of the system as initially configured was approximately 2 metres.

Even before combat aircraft use, there was interest in using Shoran for air photo control, and mapping and charting control. A conference for bombing use, air photo use, and mapping and charting use of Shoran was held at Wright Field in Dayton (OH, USA) between 12 and 15 December 1944. Two of the attendees were Lieutenant Commander Clarence Burmister, US Coast and Geodetic Survey (C&GS), and Lieutenant Colonel Carl Aslakson, US Army Air Forces (AAF), a C&GS officer transferred to the 311th Photo Wing for the duration of the Second World War.

Over the course of the next year, Burmister was instrumental in converting Shoran to a hydrographic surveying system, while Aslakson pioneered the use of electronic systems for geodetic distance measurement beginning with Shoran. By the summer of 1945, the C&GS ship Explorer was conducting experimental work with Shoran in the Aleutian Islands, with stations on Attu Island and the easternmost island of the Semichi Islands. Experience gained during this field season led to full-scale deployment of Shoran in 1946, with three ships operating in the Aleutians and one Atlantic coast ship, the Lydonia, using the system in the Gulf of Maine.

This experience also assured the instantaneous demise of the venerable radio-acoustic ranging (RAR) system of survey control. The RAR system had been used before the war but it had many problems including local peculiarities in the propagation of acoustic waves in the water column that degraded accuracy, significant problems associated with maintaining hydrophone stations compared with radio-navigation stations, and the explosives required to produce the sound signal constituted a considerable danger not only to the individuals handling them, but also to the entire vessel (read the previous two issues of Hydro international for a history of RAR).

Shoran was used in another important development in the mid-1940s. In 1945, Carl Aslakson conceived the idea of using an aircraft to make crossings of the line between two Shoran transmitters, so determining the minimum sum of the distance from each station (making appropriate corrections for aircraft altitude and reduction to the Earth's surface). Aslakson collaborated with Stuart Seeley in designing a modified Shoran system that would prove to have accuracies of at least 1:300,000 during various baseline crossings. For proof of concept, Aslakson set up transmitters over known first-order geodetic points and compared the Shoran-measured distance to the known distance. He discovered a systematic difference that ultimately could only be explained by revising what was then the accepted velocity of light from 299,776 ± 14km/second to 299,792.4 ± 2.4km/second. Use of this new constant brought the Shoran-measured lines and the geodetically determined lines into agreement. The presently accepted value of the velocity of light is 299,792.458 km/second.

Despite these successes, the use of Shoran was constrained to the relatively near-shore environment for hydrographic surveying purposes, particularly in areas of low elevation. To obtain coverage in areas such as the central Gulf of Mexico, it became obvious that a system combining the range of the RAR technique with the accuracy of Shoran was required for much of the outer continental shelf and marginal seas of the USA.
The C&GS Radiosonic Laboratory designed and built a medium-frequency system named the electronic position indicator (EPI). This system was initially called the ‘Radio Ranger' and, after two years of testing and modification, it was used operationally in the Gulf of Mexico in 1947. The system was capable of 50- to 75-metre accuracy at ranges out to 250 miles.

Systems such as Shoran and EPI, along with their British cousins Oboe, Gee, Decca and Loran, were the foundation of most of the various commercial and governmental navigation systems that were developed over the next 50 years. As well as the obvious military uses of these systems, they were also used to survey harbours, harbour approaches, and the continental shelf and slope of many nations; they helped determine the location of offshore hydrocarbon deposits, site drill rigs, control dredging operations, determine pipeline routes, find shipwrecks, and provide navigation control for a plethora of other uses. In addition, they helped determine the size and shape of the Earth and solve a number of purely scientific geodetic and geophysical problems. Navigators used, and in some instances still use, many of these systems to guide their ships through the world ocean and their aircraft over continents and oceans. Experience gained with these various electronic navigation systems led directly to the development of the Global Positioning System, the first navigation system of which it can be said that it is an intrinsic part of the global infrastructure. Our professional ancestors as hydrographers, surveyors and cartographers had a small, but significant, role in driving that development.

The Making of an Earth Measurer
'As it Was'
Latest article