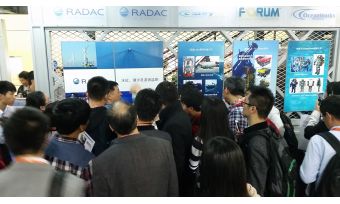 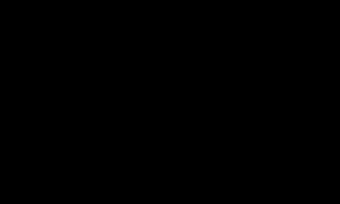 A very fruitful exhibition, but above all an interesting experience. That’s how Radac BV’s marketing manager Katja Roose would typify Oceanology International, which was held in China for the third time in a row. Radac – established in the Netherlands –had already been represented through their agent Laurel Technologies in earlier editions but had now also sent company representatives.

The Chinese marine industry is big, like most markets in China actually. China’s gross marine production increased by 7,6% in 2013 over the previous year, according to the 2013 Statistic Bulletin of China’s Marine Economy by State Oceanic Administration People’s Republic of China. As for Radac, an important part of their turnover is achieved in China, and shows great potential for growth. But the differences in culture and way of working are great. And then we are not even talking about the language… so having a representative in China is key.

With their two-floor booth (proudly announced to be the biggest at the exhibition) they are an important player in the Chinese marine market. For Radac, having just attended Offshore Energy in Amsterdam, the differences with this exhibition were striking. In China, they were empowering Laurel in their work. As most of the show visitors are from China and do not (dare to) speak English, the company representation was of little direct use on the show floor. However, face-to-face contact is of great importance for building your relationship, with both distributor and end-customers. And just being there means people will respect and trust your brand, which are the basics of doing business in China.

Presentations and demonstrations attracted much attention. It was easy to gather a group of more than 20 people at the booth by presenting products in detail, showing graphs and explaining measurement principles. Research results are of great interest to the mainly well-informed visitors, who are very eager to learn and love to gather brochures – of course in Chinese.

The opening day was by far the busiest. Especially in the morning, visitors were queuing up to enter CECIS, the new exhibition centre in Shanghai where OI2015 took place. Over 200 suppliers from 20 countries and regions were represented and over 5,000 visitors were expected. Final visitor figures were not yet available at the time of printing. The background of the visitors was diverse, ranging from marine science to oil & gas, and from defence & security to aquaculture. The second day was also well visited. The attendance rate on the closing day was lower, likely to be related to Chinese traditions during diner. Many exhibitors invited their customers and relations for a Chinese diner on the last evening, an important part of their culture. Emptying your glass after one of the many toasts shows respect. But it has its effect on the next day…