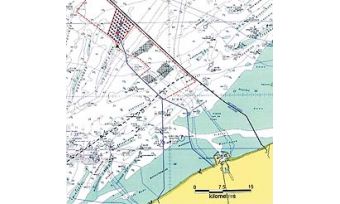 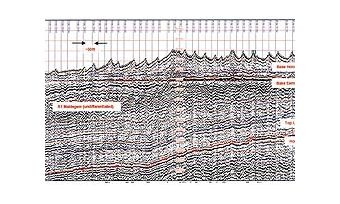 Many giants are drilling for oil and gas: the gold of the sea. Since the beginning of the new millennium, however, a new kind of energy potential of the sea has been discovered: wind energy. The fastest way to create substantial amounts of this green energy is to build offshore wind farms. The seas have space enough, the wind yield is higher than on shore and the visual impact, which is so often a difficult hurdle to overcome on shore, is not an issue at sea. Wind energy is characterised by renewability and sustainability, both of which are important issues, as we need to anticipate future times when oil and gas reserves will be gone. The mission for the future is to supply enough sustainable energy for all.

Governments are looking,on the one hand, for CO2 reduction because of Kyoto Protocol agreements and, on the other hand, they are interested in becoming less dependent on imports of oil and gas. The discussion nowadays is no longer whether the solution is offshore wind versus nuclear power plants. The story is simple: uranium is not sustainable, whereas wind is. Uranium supplies will deplete eventually, as will oil and gas, and there is still no sustainable solution for the problem of nuclear waste. Therefore, wind farm developers claim spaces for offshore wind farms. They are faced, however, with powerful existing interests of the shipping and dredging industry. The oil and gas lobby are powerful and have their claims, too. Nevertheless, we can safely say that this third market is here to stay and will grow hard in the coming years.

The energy sector is suffering from the economic recession. Some wind energy projects have also come into financial problems. While writing this article the oil price is rising again and there is a general feeling in the USA that the recession has hit rock bottom; there is the impression that the oil and gas market is breathing again, and that construc-tion and development of both oil and gas, and offshore wind projects will continue. Some trust is returning to the markets, while price adjustments of equipment are, of course, necessary.

We are convinced that offshore wind farm development and construction will continue. No government has stopped supporting these projects. In fact, governments around the North Sea have only stepped up their support. Large utilities, such as Eon, RWE, Dong, Centrica and EDF, have stepped into the market or stepped up their activities. Smaller developers still see opportunities, too. The US market is the next to come.
Although a side-effect of the recession is considerable reductions in CO2 levels, we can expect CO2 levels to rise again once the economy rebounds from the recession.

New offshore wind farms are all planned beyond the 12 nautical mile zone, where they can only be seen as small dots on the horizon on a very clear day. The mechanical engin-eering questions this new offshore industry raises are of a different league. Megawatt (MW) wind turbines are bolted on top of piles of at least 50 metres, with typically 50 to 100 of these turbines in an average wind farm. Imagine the forces of a 70-metre-high mast with three moving blades each of 50 metres, in wind speeds of up to 25 metres per second, on a pile driven 50 metres into the seabed. While you have this picture in mind, please then imagine the corresponding waves and currents that beat it as well. Projects with a scope of at least 25 years raise questions on the stability and maintenance of the seabed. Again the survey industry with their techniques and knowledge of the sea is needed here more than ever.

In the case of the Belgium Exclusive Economic Zone, some firm sea planning decisions have already been made by the government, speeding up the planning process. The famous Bligh Bank, named after the hydrographer and unfortunate captain of the Bounty, is one of them. The Bligh Bank project was developed by Belwind NV and its first phase of 165MW reached financial closure in July (see Figures 1 and 2). As we already knew from works from the first and second market, the southern North Sea and its phenomena of mega-ripples are renowned for causing free spans on pipelines for hundreds of metres. The tidal waves coming south along the coast of the UK make a right turn to the east due to the narrow Channel and continue in a northerly direction via the Belgium and Dutch coast, to complete an anti clockwise turn. At the same time, influx of fresh ocean water from the Channel makes it a very dynamic sea with a lot of friction and building power to create huge banks.

The governments around the North Sea are all very active in planning offshore wind energy. Until 2020, a combined expected capacity of 55 gigawatt (GW) is needed in the North Sea alone. A total of up to 10,000 wind turbines need to be installed in order to deliver this amount of capacity to produce green energy. For the UK, a goal has been set of 25GW, in The Netherlands 6GW, Belgium 3GW and Germany 20GW.
In order to give engineers sufficient input to create robust designs, reliable surveys are carried out, comprising geophysical surveys over the site, cone penetration tests (CPTs) at all turbine locations and boreholes at 10% of all turbine locations (see Figure 3). So, straightforward calculation shows a potential of approximately 10,000 CPTs and approximately 1,000 boreholes for the geotechnical survey market. Based on an average of 5–9MW per km2, a total of about 6,000km2 of geophysical surveys is expected in the North Sea alone.

This rising sustainable survey market is a nice side-effect of wind energy! 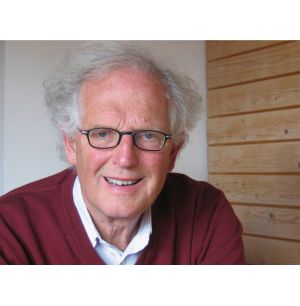