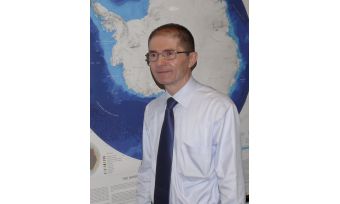 During the first IHO Assembly taking place from 24 to 28 April 2017 in Monaco, the represented Member States will elect the new Secretary-General and Directors. The nominees present themselves by answering the same 5 questions. This multi-interview, is available at www.hydro-international.com/iho-2017. Mr Gilles Bessero (France), nominated for Secretary-General and Director, answers 5 questions.

I would continue to focus on raising awareness of governments and other decision-makers on the importance of hydrographic services in relation to their role in supporting the sustainable development of the Blue Economy (through MSDI) and in accordance with international obligations (SOLAS and UNCLOS) or commitments (UN 2030 Agenda).

The revised IHO Capacity Building (CB) Strategy adopted in 2014 provides clear directions. Increasing the resources (both in-kind and financial) allocated to the CB Work Programme (hence the importance of increasing IHO membership) and further developing the ‘Deliver as one’ approach with other international organisations are key factors Assisting recipient governments in taking full ownership of the CB concept in their national interest is also essential.

I would be attentive to maintaining close personal contacts with the leaders of our partner Organisations, Associations and Institutions and to implementing actively, on behalf of the IHO, the relevant provisions agreed in the various MoUs, in particular when a periodic review is called for. I would also ensure that the Secretariat continues to be actively involved in relevant UN-led initiatives and fora.

I am convinced that the active participation of industry is key to implementing IHO objectives, including CB, as acknowledged by previous IH Conferences. I am all in favour of proactive interaction with industry at all levels of the IHO, while ensuring an even playing field in terms of contracting opportunities. Close partnership with international organisations representing the various industry sectors is essential, in particular, to develop suitable IHO standards.

The IHO encourages HOs to evolve towards a data-centric concept and connect their data to SDIs. In my view, the beneficiaries are all maritime stakeholders -including, but not limited to, mariners- who need the data to plan or conduct any activity on, in and under the sea.

Mr. Gilles Bessero has about 30 years of experience in conducting hydro-oceanographic activities at sea and ashore. He was the director general of SHOM and French National Hydrographer from 2005 to 2010. He also held senior management positions at the French Defence Procurement Administration and was elected as IHO Director in 2012.

The Titanic Disaster and Its Aftermath
ASV Global C-Enduro