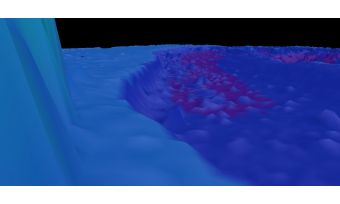 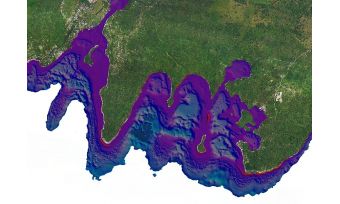 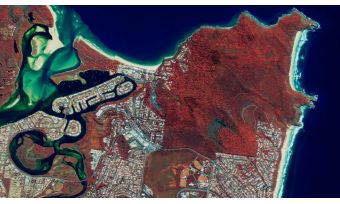 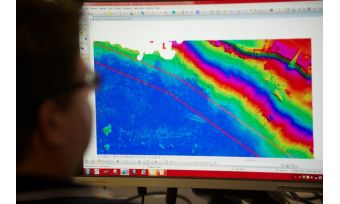 ‘Gather once, use many times’ has applied to bathymetric data gathering for many years, particularly in public bodies and organisations. Whilst understandable and desirable to have one infinitely adaptable dataset appealing to all users, it is mainly driven by the desire to achieve cost savings. There is nothing wrong with that, it just has not made it beyond being a tag line. The reasons for this are not clear but maybe aspiration does not match reality in the bathymetric market, environment, industry or clients.

Why has ‘gather once’ not been widely implemented? What concept could replace it and actually progress to implementation? In order to apply, a major problem is that data gathered once has to be suitable for all client standards. The concept cannot apply if the gather once is a bicycle, but there are clients who need 4-wheel drive! If 4-wheel drive is needed in some areas, but those are not well defined, then the gather once principle demands all gathering be done with a 4-wheel drive, even if a bicycle will do for 90% of it.

Survey area extent is often sacrificed for data density. Rather than a dense dataset in a small area, would it not be better to have some less dense data over a larger area instead of white space?

The 4-wheel drive is more expensive than the bicycle and you get a better journey, but if you are buying, and you do not actually need the comfortable ride, why pay for it? If you need a bicycle, buy a bicycle!

This is the fundamental failing of the ‘gather once’ concept. Why pay for something not required now, when you can get what you need for less?

Not all users of bathymetric data need IHO Order 1, and even fewer need Order 1a and the implied density that goes with object detection. So why does that standard crop up so often?

IHO Orders concentrate on end use of the data “The study confined itself to determining the density and precision of measurements necessary to portray the sea bottom and other features sufficiently accurately for navigational purposes.” (1st Edition Preface) “….the basic objectives of the publication have remained substantially unchanged and this remains so with this 5th Edition” (2008). The standard is defined almost exclusively in shipping terms;

Order 2 – “limited to areas deeper than 100 metres as once the water depth exceeds 100 metres the existence of man-made or natural features that are large enough to impact on surface navigation and yet still remain undetected ....is considered to be unlikely.”

IHO Orders are of limited application to benthic mapping, habitat planning or measuring the impact of coastal developments, all of which may be independent of shipping patterns. They can be a disadvantage, generating a shoal-biased product when many environmental applications require an accurate, unbiased model. In coastal margins and shallow water the requirements of IHO Orders are high because water depth is critical for shipping. But shipping patterns are often not a factor in commissioning surveys, so IHO requirements may prevent due consideration of cost-effective solutions. Outside of shipping lanes IHO requirements are less applicable and vertical and horizontal accuracies as opposed to object detection or data density might better define the requirement (Figure 1).

CATZOCS (Category of Zone of Confidence) starts to address this, classifying data by the gathering methodology using position and depth accuracy, and seafloor coverage as the key components.

This gives a better understanding of what is possible from different techniques but tends to define data after gathering with a focus on nautical charting (it is for ENCs), rather than defining the requirement and driving the data gathering.

So clients for non-nautical charting applications may have to use ill-suited standards to define their wants ending up with projects at too high a cost. Then they have to undertake smaller programmes of work or cannot deliver what they want in budget, resulting in no survey at all.

One of the common issues with value for money is over-specifying the requirement. In an attempt to gather high specification data, a standard is set requiring an MBES survey for a shipping channel. A requirement could be density and accuracy allowing delineation of contours at 1m interval. This is logical until the area gets to depths of less than, say, 10m. At this point requirement exceeds reality, as many ships will not go there (unless there is plenty of tide). Effort and budget is expended chasing an unrequired standard.

‘Gather once’ runs counter to the market forces that generate demand.

Rather than the gather once concept, it may be better to reverse it. Gather everywhere at low specification and step-up where needed. This successful approach adopted by the Royal Australian Navy, where bathy Lidar of the Great Barrier Reef is used to queue acoustic surveys of critical passages; ‘gather once’, but with the addendum of ‘then gather again where it is actually needed’: a layered approach.

The GEBCO system (General Bathymetric Chart of the Oceans – weblink 1) is the origin of a Global Base Layer. It represents a basic level of information but is a significant step up from no data at all. Its limitations are known, however it forms the first stage of spatial decision making. If it is GEBCO data or nothing, let us start planning on the GEBCO.

Satellite-derived models are similar. They represent the true bathymetry only with great uncertainty, but they do give us a coarse bathymetry.

Away from ocean basins, a layered approach comes into its own. At the coastal margin depths become critical for navigation, the environmental impact of humans is significant and the effects of onshore and offshore processes need to be fully understood. The coastal margin is where routine human activity is most influenced by, and affects, the hydrography.

The potential of satellite data is growing and improving. Although currently limited in depth and with uncertainties that exceed IHO order 1, it could be a useful planning and risk reduction tool. Satellite data gathering is passive, repeatable and relatively cheap. It is not Multibeam, but we are back to buying a bicycle if you need one.

Even if a 4WD is needed, satellite data has a role in informing where to commission the more expensive and accurate systems (Figure 2).

Satellite data can identify areas where Lidar bathymetry can ‘tighten’ the solution or provide Order 1 if required. This adds redundancy to the data as some areas will now be covered using independent systems, reducing the measurement uncertainties in these more important areas.

Bathymetric Lidar is generally limited to depths of less than 50m (more commonly 20-30m) but achieves IHO Order 1, offering an economic alternative to MBES, particularly in shallow water where echo sounding may be inefficient and dangerous. Many modelling processes are better suited to lower resolution datasets.

The most critical factor is better coverage versus cost ratio of bathy Lidar and the relative ease of repeatability.

Lidar offers a useful product in coastal areas at a reasonable price although not at the accuracy, precision and guaranteed coverage of MBES (Figure 3).

With Order 1 requirements met using Lidar, and the whole area covered with satellite, MBES can be employed where it is actually needed. It is relatively slow and expensive in shallow water, but is required if you want the highest quality data (Figure 4).

The benefit of considering the coastal region as a whole is growing in importance.

A layered approach, blending data from different sources, makes it possible to model the coastal margin with accuracies appropriate to specific areas and uses. This approach has been used by topographic surveyors for decades: regional satellite mapping; project aerial survey; targeted field survey. This offers real cost and time savings. Though data in some areas may only be ‘good enough’ for now, it is a vast improvement over no data or historic data unlikely to be improved upon due to available budgets.

Andy Waddington is a Hydrographer and ex-Royal Navy ship’s Captain with in-depth knowledge and experience of traditional and modern survey theory and practice. He is currently working as a consultant with AAM Pty Ltd and on projects developing shallow-water survey, remote sensing and satellite derived bathymetry.