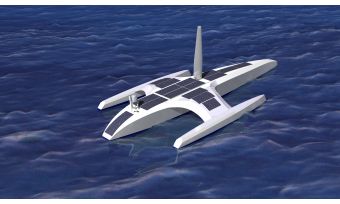 I recently received a press release from a company that develops robots. Nothing special, I thought, because there are more companies doing that, but this time my attention was drawn to a special element because the robot in question turned out to be able to put another robot to work. This makes it possible, for example, to send a UAV to sea with a glider on board that can be launched remotely.

Is that special? According to a robotic expert who was interviewed in a Dutch radio programme, it is. Although we are perfectly capable of developing robots that can focus on one specific task, multifunctional robots hardly exist. For example, it is possible to make a programmable machine that delivers packages, but it is more difficult to have the same device also collect the returns from the webshop, said the specialist interviewed.

I do not doubt the authoritative knowledge of the person I heard, but he had probably not yet looked at the developments taking place in the world of hydrography and oceanography. There are already several experiments with autonomous vessels that can be used for various tasks. Mayflower Autonomous Ship (MAS), an autonomous vessel that will follow the course of the ship that transported the Pilgrims to the New World, will soon depart.

In one of the previous editions of Hydro International, we described the trip of an autonomous vessel that ‘sailed’ through severe storms and, although badly damaged, successfully completed a heavy trip through Arctic waters. Last year, an unmanned vessel crossed Dover Strait, one of the busiest sea straits in the world. After leaving England, it passed the shipping lanes and arrived safely in Ostend, Belgium.

When asked whether we will ever see robots that can be used in a multifunctional way, the aforementioned expert answered that this will take at least another decade. When I look at the developments in the maritime sector, I think he is too pessimistic. By using artificial intelligence, self-learning robots are making a rapid and unstoppable advance.

As a result, hydrographers and oceanographers can not only do their work better but also more safely. Regarding this development, let us remember that a robot, no matter how advanced, must always be at the service of humans. Let us bear in mind that the word ‘robot’, coined by the Czech writer Karel Čapek, is derived from the Czech word for ‘slave’.

Read more on the Mayflower Autonomous Ship at www.promare.org. 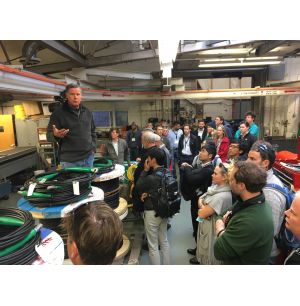