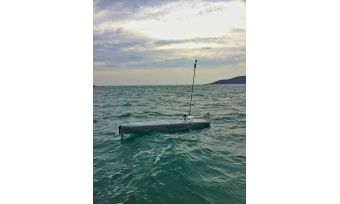 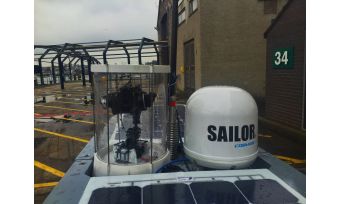 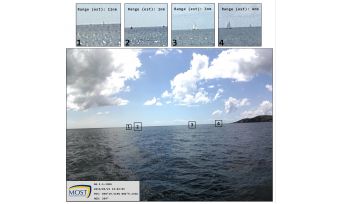 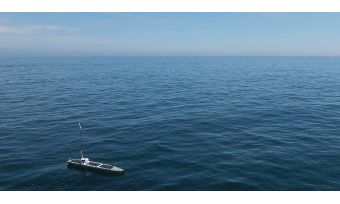 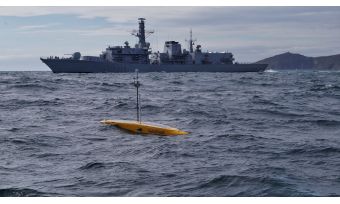 There are currently 13,764 Marine Protection Areas (MPAs) jointly covering over 2% of the oceans. One such MPA is Malaysia’s newly formed Tun Mustapha Park comprising 1 million hectares of marine park and shark sanctuary in northern Borneo. Governance, management, effective real-time situational awareness and enforcement are essential for the preservation of the resources in these water spaces and especially the hundreds of fish species that they support. The development and deployment of unmanned surface vehicles (USVs) offers a potentially long-term and cost-effective solution.

Arguably the key challenge is the scourge of Illegal, Unregulated and Unreported fishing (IUU), which has a significant impact on the global economy (estimated to be worth up to GBP30Bn a year) and also causes much wider ecological damage and social impact. In many parts of the world the marine and maritime sectors are often the poor relations in government funding terms. The areas they must patrol are vast and limited resources are stretched. In many instances this means the perpetrators of IUU can fish almost unhindered and unchallenged.

The challenge is to find ways to monitor and patrol such vast expanses in as time-efficient, cost-effective and collaborative a manner as possible. Conventional policing of MPAs and EEZs involves manned vessels and has become the responsibility of coastal patrol authorities, border force agencies and navies. Manned vessels are naturally limited by their ability to patrol over extended periods and covering large areas requires a great number of vessels, which are expensive to operate persistently.

A potentially longer-term and cost effective solution is the development and deployment of unmanned surface vehicles (USVs). One such vessel is the Jura, a 5 metre ASV designed and operated by Chichester-based MOST (AV). It is equipped with a passive acoustic monitor, an HD stills camera and a gyro-stabilised HD video camera enabling a remote operator to monitor an area of sea space in near real-time over the Inmarsat satellite link. The boat can be remotely piloted or configured to autonomously patrol an area of sea either holding position or following a specific pattern or route.

Jura is propelled by wave energy, and has achieved speeds of up to 4 knots with a deck of photovoltaic cells that, even in higher, colder latitudes, generate 300W power allowing it to remain at sea for up to 3 months. This power charges a storage cell for the integrated passive and active sensor suite. It can also be diverted to an auxiliary propulsion unit for a surge of speed over short distances.

While primarily deployed as a situational awareness platform, Jura’s 100kg payload capacity permits the installation of additional active and passive sensors for secondary marine data gathering tasks. In Jura these sensors are a CTD, hydrophones, a fluorometer (for measuring water quality), a weather station. and a subsurface stills camera that captures images through a window in the hull.

Ongoing research and development activities are investigating options for deploying a range of hydrographic sensors including SBES and MBES for coastal and ocean bathymetric survey on what will be a persistent 24/7 bathymetric data gathering platform.

To test its effectiveness in countering IUU, Jura undertook several missions off the coast of Plymouth, UK, in April and May 2016, to demonstrate its connectivity and the quality of the images that could be captured. Early results were encouraging with, for example, the capture of images of Eddistone Lighthouse at a distance of 11miles.

Jura successfully navigated autonomously and under remote control; holding position and travelling around a course of pre-determined waypoints whilst all the time sending back images and collecting data from her sensor suite.

The recent Plymouth trials also highlighted how a USV like Jura could be used as part of a wider situational awareness capability. Working with the Harwell based Satellite Applications Catapult, Automatic Identification System (AIS) vessel tracking system Exact Earth and Blue Economy consultancy NLA Ltd, the demonstrations showed how data from AIS trends could be used to identify potential fishing vessels by their tracks and speed. Bathymetry could be used to identify areas which naturally attract high fish numbers. Synthetic Aperture Radar was also tested for its ability to capture images of smaller non-metallic vessels. A combination of all of this information could be used to cue Jura to patrol areas at higher risk of IUU.

Legal advisers were involved in the demonstration to assess whether video and photographic images were of sufficient quality to be deemed as useful evidence. Results were favourable not least because captured images could be time, date and location stamped making it easier to use as evidence in conjunction with other sources that identify specific vessels and their activities.

Future Use of ASVs

Whilst patrolling valuable ocean spaces such as MPAs clearly presents a challenge these demonstrations and trials suggest that autonomous technological innovations, combined with earth observation data to create a situational awareness system, may be a valid response.

As with any emerging innovation with the potential to scale, the broader need to re-assess and re-evaluate existing delivery support mechanisms – in this case, for example, command and control infrastructure, human resource allocation, legal requirements and data storage capabilities – will also be vital.

A fleet of autonomous surface vehicles patrolling large sections of an MPA could mean that some sea going human resource transfers ashore, engaging with and acting on data as it arrives. With USVs and Unmanned Aerial Vehicles potentially operating in a networked surveillance approach, the strategic command and control requirements become yet more challenging, but also more immediately responsive. In such a scenario, how can decision makers ensure they have the capability to see and act on incoming visuals at all times?

Finally, the combination of enforcement with the collection of bathymetry and other marine environmental data offer the promise of additional cost savings, as science and enforcement activities can be conducted simultaneously. Such joint missions may also factor in the monitoring of offshore installations in the oil, gas and energy sector, the monitoring of goods and people smuggling, and many more. Shared procurement across related agencies offers promising solutions for tightly constrained budgets.

Looking over the horizon to the next wave of innovation, it is clear that visual recognition algorithms may have an important role to play so that these next-stage activities can also be automated, with taskers and decision makers receiving alerts as and when targets or anomalies are identified digitally.

Special thanks is due to MOST (AV), Satellite Applications Catapult and Exact Earth. All images courtesy of MOST (AV).