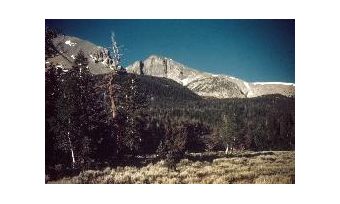 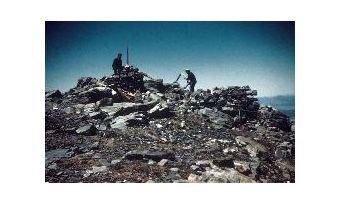 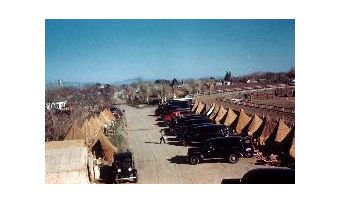 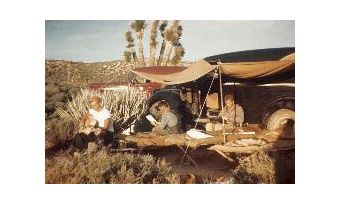 The following paragraph is found on page 9 of the official history of the United States Coast and Geodetic Survey in World War II: “To provide the additional staff needed, and to replace employees who joined the armed forces, many changes in personnel were made during the war. Since very few experienced persons were available for employment, considerable effort was made to formulate a program of training and in so arranging duties that a new employee could begin productive work with a minimum amount of training. In most cases new employees were persons not subject to induction. These were women, physically handicapped men, married men with families, and personnel made available through the Civilian Public Service Camps, commonly known as conscientious objectors. The latter were employed on geodetic control surveys in the field.”

Behind this paragraph lies a strange and largely unknown story.

The conscientious objectors were to "be assigned to work of national importance...." The men who served in the 151 CPS camps in the United States were all drafted and were conscientious objectors with a draft designator of CO. In the United States there were 43,000 COs as they were termed. Of these, 25,000 served in the Armed Services primarily as medics and chaplains' assistants; 12,000 served in Civilian Public Service Camps; and 6,000 went to prison. The majority of the COs came from the traditional peace churches - Quakers, Mennonites, and Church of the Brethren, although other denominations were included. The 12,000 who served in Civilian Public Service served in mental hospitals, volunteered to serve as human guinea pigs in various medical experiments including starvation and injection with live bacteria and viruses, smoke-jumpers (fire fighters who parachute from airplanes to help extinguish forest fires), and a variety of other functions. Of the 151 camps that the COs were assigned to, most were in remote areas, both for the protection of the COs as they experienced discrimination because of their beliefs and, possibly, because it was believed by many of the COs that the Government did not want their views being spread among the general populace.

Unique among the camps, one group of COs was sent to the Coast and Geodetic Survey (C&GS). A geodetic field party was formed from this group in May 1943. Both the camp and field crew were designated CPS-98 and conducted operations until September 1946 in remote areas of the American Southwest including west Texas, New Mexico, Utah, Colorado, Arizona, and Nevada. Initially the crew was operating side by side with Coast and Geodetic Survey personnel but, after a training period, CPS-98 was manned almost exclusively by COs with the exception of the party chief and a reconnaissance man who worked in advance of the triangulation work.

Fortunately, CPS-98 produced the equivalent of a unit history following World War II. This history, entitled The Gang: C.P.S. 98 U.S. Coast and Geodetic Survey gave an overall history of CPS-98, vignettes of daily life on the Survey, and glimpses into the lives of the party members between May 1943 and final disbanding of the party in September 1946. Although drafted into service and receiving no pay with the exception of per diem, the reminiscences of the men attached to this survey crew are similar to those of many C&GS crews.

In reviewing their biographies, not one of the men had any survey experience prior to coming to the Survey but a few had engineering educations. However, most of them learned willingly and quickly. In general, the educational level of many of the COs was quite high and CPS-98 had one Harvard University graduate and one California Institute of Technology graduate among its members. They soon assimilated into the survey and even, if they didn't already have it, developed the ironic sense of humor of the surveyor. They gave each other nicknames and gleefully made fun of each other. One man, known as the ‘Davenport Kid', was described as an 'outstanding perverter of the truth'. Just like with fishing stories of the one that got away, stories of mountain packs and the adventures encountered sometimes got more fantastic with each telling. Other humour was more pointed such as putting a heavy rock in the pack of a lazy lightkeeper prior to climbing a ‘rough cookie'. The men made up their own terminology and a ‘rough cookie' referred to a station that was particularly difficult to reach. Examples of ‘rough cookies' included Wheeler Peak in Nevada at 13,065 feet elevation and Mt. Ibapah at 12,067 feet on the Nevada-Utah border. A ‘done cookie' was an exhausted surveyor who had just been to a ‘rough cookie'. They also invented whimsical names for imaginary equipment such as the ‘triangle closer', a mechanical device that could be placed on the legs of a triangle and squeezed shut until the angles all added up to 180 degrees plus the spherical excess. One tall tale from CPS-98 was that a lightkeeper fell asleep one evening with his truck parked on-line with an observing party. Because the observing party could not see the light, they had to resort to the ‘triangle closer'. The triangle closer wrecked the truck and the lightkeeper was subsequently transferred from CPS-98 to a much less desirable CPS camp.

Because of their beliefs, the crew of CPS-98 was occasionally discriminated against and at least on one occasion physically threatened by local townspeople. However, the job was finished in the vicinity of that particular town with no harm done to either personnel or the government equipment of the survey crew. Many of the towns in which they camped accepted them wholeheartedly. They camped at local armories, went to local churches on Sundays, went to dances in many of the towns, and, while in Nevada seemed to have no reservations concerning visiting local casinos. Many of the men met their wives while engaged on this duty.

In general, their routines were little different than other geodetic survey crews of the period. Basically CPS-98 was divided into building crews, lightkeepers, observers, and an office force conducting clerical duties and doing computing of observations. Building crews followed the reconnaissance man and built observing stands on high mountain peaks, relatively small pole towers in lightly timbered country, and high Bilby steel towers on the flats of west Texas. Lightkeepers worked alone and showed lights for the observing crews to point on with theodolites and measure the angles of the triangulation scheme; the computers did all the computations necessary to assure that all specifications had been met, to determine geographic positions, determine lengths of triangle sides, and azimuths between points.

CPS-98 did a good job during its three years with the Coast and Geodetic Survey. Sometimes there was some friction with the party chief, but that has been true of many survey crews. Although working in difficult mountain country, other survey crews had worked through similar terrain and in some cases they were actually conducting re-observations of earlier schemes. In some respects, the men of CPS-98 had it easier than their CPS colleagues who volunteered for medical experiments and other dangerous duty. They had relative freedom; although sometimes experiencing hot, dusty conditions, they saw some magnificent and pristine parts of the United States; and, although probably not appreciating it at the time, they did do work of ‘national importance' in contributing to the completion of the national geodetic network. They certainly had it easier than those who went into the armed services. Most of them couldn't wait to return to their previous lives and left the Survey as soon as their government release arrived. A few liked the gypsy life of the Survey and stayed on after the war had ended.

In returning to civilian life, at least three men of CPS-98 obtained doctorates in various sciences, one became a minister, a few became engineers, one owned an aerial photography business, and the others returned to a variety of occupations including farmer, carpenter, truck driver, and teacher. Most continued following their consciences and remained active in peace organisations throughout the remainder of their lives.