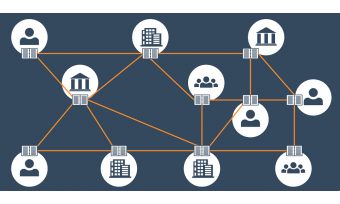 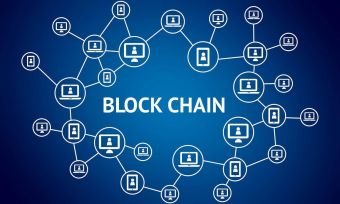 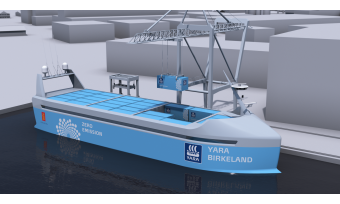 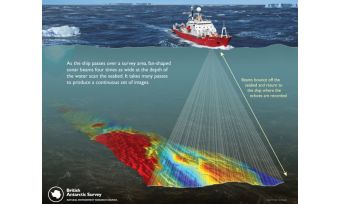 Blockchain technology can potentially change the process of compiling sea charts. Since not all of us are acquainted with terms like ‘blockchain’ and ‘distributed ledger technology’ (DLT), this article first explores the inner workings of this technology by giving an example and then discusses foreseeable implications of blockchain and the sea chart.

You can proceed to the next subtitle without missing the point if you already know about DLT. The captain’s logbook is a legal document – it is not to be tampered with. Although it is hard to hide, a forger can potentially modify it. The simplest way is to remove a page or two which will not go unnoticed but information will be lost forever. Should there be even one copy of the logbook to prevent inconsistencies, and if the records were always identical, and done at exactly the same time, a forgery would be impossible.

However, all copies would still be held in one and only one location, i.e. on board of the ship whose name the logbook carries. If the ship sinks and no crew member can save a copy of the logbook the information within is lost forever. Another case is when the logbook is locked away to withhold information from the public. This centuries old problem can be now solved by a combination of state of the art technologies – computing, digital communication and the ‘blockchain’.

A ‘blockchain’ is nothing else than a public ledger (a logbook openly accessible to anyone) that exists in multiple copies spread over the internet, and of which each copy has identical content. In addition, the records are no longer done with a pen but digitally.

Nowadays, a vessel equipped with a computational device and access to the internet by, for example, satellite can send encrypted logbook entries to servers worldwide where a copy of the logbook will be held and each entry will be verifiable by the captain’s digital signature.

To ensure that no information goes missing the logbook servers are in constant communication with each other to synchronise the content of their logbook copies. The servers close a page in the ship’s logbook (the equivalent of a ‘block’) if a majority of them agree that they hold identical copies. Diverging copies are ignored. An encrypted checksum of the verified ‘block’ page is computed, so that later modifications can be detected. Next, a link to the following page is added as the ‘chain’ of ‘blocks’ grows.

The ship’s logbook has been now turned into a volume of indestructible and non-modifiable copies held in a blockchain by means of DLT (Figure 1); nobody can tamper with its contents, and only a global disaster would destroy all of its copies.

The logbook example demonstrates the potential of the DLT technology. In fact, DLT is already applied in container handling and it will revolutionise shipping in general. In navigation, however, it is less obvious why and how to employ the blockchain.

The Blockchain and the Sea Chart – Foreseeable Implications

Sometimes, mother nature has to open our eyes for us to see what is needed. As two hurricanes in a row devastated the Caribbean Sea in the autumn of 2017, it became clear that the profession of hydrography is at a crossroads.

Until now, it was not easy to assess the reliability of a chart, one had to rely on the word of the Hydrographic Offices (the reliability diagrams for example) or of a chartmaker in general. But the situation is about to change. Blockchain has appeared. In essence a public ledger, or public track record, the blockchain records every action (or ‘transaction’), and everyone who has access to the internet can verify it (Figure 2). The Distributed Ledger Technology (DLT), as the blockchain construct is often called, will change the way of operation of industries as well as the organisation of whole countries. The HOs of the world will have to accept this technology too. The users will require every single operation on data in chart production to be documented. Looking further into the future, ships will soon be fully automatic, self-navigating and the artificial intelligence that controls them will rely on the full documentation of charts. (Figure 3)

The use of DLT when compiling a chart will lay open the originator of the survey data which went into the chart, its time stamp, the identity of the chart compiler, and the means of the generalisation used. Mariners will be able to check the reliability and usability of any chart, whether produced by the HOs or by private entities, and chose one that is most accurate and appropriate for their needs. Furthermore, it is to be expected that independent, private chartmakers will adopt this technology much faster than the HOs. This will create a completely new situation by making commercial charts certifiable and classifiable. An independent and neutral network of servers (or ‘nodes’) that maintain ’the sea chart blockchain’ had to be setup to initiate such verification services but this appears to be only a matter of motivation since the technology is readily available and is in public domain.

‘Unofficial charts’ on the Horizon?

It is a known, albeit ignored, fact that private chartmakers are more than capable of producing charts of high quality and reliability. Modern standards such as IHO S-44/S-57/S-100/S-102 have made it possible to produce digital charts of unparalleled precision that can easily be distributed without the need to run a printing plant that requires heavy investment. Speaking of the Caribbean, modern cruise ships would not be able to enter small ports without tailor-made charts that have not been available from the relevant HOs and were contracted out to private chartmakers. But, again - these ships have to take legal risks using such charts because of the SOLAS regulations that stipulate charts by HOs, ignoring the fact that the very same ships would run a risk of running aground using them exclusively.

This will place the IMO, the HOs, and all bodies whose services rely on the IMO rules, like the insurance and the certification industry, in a predicament. The justification for the monopoly of the official charts is likely to be challenged.

Shortly before Irma and Maria swept the approaches to the Virgin Islands and way up to Florida, the umbrella organisation of the HOs, i.e. the International Hydrographic Organization (IHO), had called out for crowdsourcing of bathymetric data. Their Crowdsourced Bathymetry Working Group (CSBWG) is examining ‘how best to incorporate, manage and use bathymetric data acquired by other than conventional means’. To collect these data the IHO set up its Data Centre for Digital Bathymetry (DCDB).

In parallel, the International Harbour Master Association (IHMA) has asked its members to comment on the IHO initiative. It goes without saying that the IHMA itself is interested in the production of better approach charts to meet the demands of the ever larger vessels, and increasing traffic. Some ports are even making their own charts, and pilots are using ‘unofficial’ i.e. not IMO-backed ENCs compiled by services other than their local HO. As a rule, port ENCs are more accurate and more up to date than the official ones.

Where is this leading to? Asking for freely available bathymetry is one thing, but financing it is another. Although installing a data recording device onboard a commercial vessel or a pleasure craft that collects single beam bathymetry while going in and out of ports can be seen as a contribution to the safety of shipping, it also means an investment, even if relatively small. In addition, this type of bathymetric data can be used to confirm or otherwise the actuality of an existing chart, but it is not enough to make a new chart. For this we need serious, professional, multibeam, in other words expensive, bathymetry (Figure 4) to be done. Funding and organising a survey campaign by national authorities is a major task and takes time, time that disaster areas such as the Caribbean do not have.

Production of the navigational charts has been an exclusive domain of the national Hydrographic Offices (HOs) for a long time. The International Maritime Organisation (IMO), an organ of the United Nations, stipulates in their Safety Of Life At Sea (SOLAS) regulations that only the charts made by the HOs meet the carriage requirements for commercial shipping. Every ship has to meet these requirements to be considered seaworthy by the port control, coast guards, seafarer unions, and the insurance industry.

So, doesn’t calling out for more accurate and up-to-date bathymetry in reality mean asking for crowdfunding rather than crowdsourcing? Which leads us directly to the question: why should private capital invest in a survey of a fairway, let alone the vast coastal areas when it is made clear that this is the domain of national HOs, which are often run by governments that are not used to sharing their data, not to mention the income from the sales of charts?

Offering return on investment is essential when asking for private capital. Though one can think of a world where the HOs pay license fees to commercial entities for their bathymetric data in a private-public-partnership (PPP) arrangement, it is not likely to happen any time soon on a big scale. There must be other ways.

It is firmly believed that the time has come to start trusting the privately produced/ commercial nautical charts, to put them on the same level as the official ones and to clarify the relevant liability issues. Technology is available and in place.

If the private sector is to pour money into the production of nautical charts to help out the HOs in their task to ascertain the safety of navigation and the international shipping then we need a new basis for mutual trust. The DLT technology offers a way forward for a renaissance of the profession of private chartmakers working shoulder to shoulder with HOs who are free to join the effort on the same basis.

This will be of great benefit to international shipping. Navigators, captains and pilots will be able to use the best nautical data available, no matter whether it is of ‘official’ or ‘private’ origin. IMO regulations should follow suit.

What truly matters is that charts be reliable, accurate and up to date.