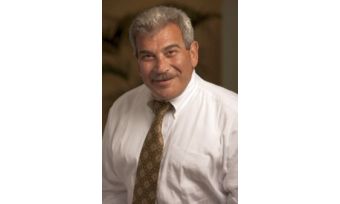 Three years ago large coastal hydrographic charting-based projects had become globally prolific. Thanks to the reliability of modern technologies and methodologies, such larger programmes were not only doable, they had become preferable and were even moving toward 'routine'. Today we can identify a similar trend related to multiple, diverse deepwater applications of large-scale programmes that all rely on MBES-based hydrographic charting applied regionally. The examples presented here demonstrate how large-scale, precision MBES-based programmes are being applied to deepwater studies far beyond improving navigation charting and safe navigation goals.

Seafloor Seeps for Geochem: Based on multiple recent successes, the oil and gas exploration industry has embraced the use of high-resolution seafloor mapping as the basis for geochem surveys that identify and measure seafloor hydrocarbon seeps with the expectation that they can be directly used to aid in the location of oil reservoirs. Typically applied to frontier regions where little or no historic data exists, the design of the study begins with an initial MBES-based hydrographic survey, including the requirement for uniquely tuned backscatter data and the collection of water column information. Hydrographers, geologists and geochemists work together to develop a three-dimensional model that fully displays key features associated with seabed seeps such as mud-volcanoes, topographic highs and ridges, deformation and detectable chemical changes of sediments, plus the signature seep pattern identifiable in the water column. All derived from the MBES-based data. Further data integration, analysis and collection include tying these data to existing deep seismic models, directed sediment sampling of the selected preferred sites, heat-flow measurements and ultimately a full geochemical analysis of the entire 3D derived model. Note that there is a certain amount of 4D component to the findings as these datasets also yield information on the temporal characteristics of the seeps. These programmes typically are applied in water depths between 1,000-4,000m, either as a site specific block survey or extensive regional studies that can be greater than 500,000km² in extent.

Deep Water Forensics: With the advent of reliable, rapid deployment high-resolution MBES charting, another growing application is in support of deepwater search programmes associated with maritime accident investigations involving aircraft or vessels. Again it is the success, quality and proliferation of the deepwater MBES sensors that have led to the acceptance of integrating large-scale hydrographic charting as the basis for the survey. Although only a tiny fraction of the seabed has been mapped to date, generally accepted as something less than 10% of the entire ocean floor, there is no hesitation to employ a deepwater MBES system as the precursor to understanding and planning a search anywhere and at any depth in the ocean. The current ongoing operations related to the search for the MH370 aircraft began with collecting a 200,000km² baseline modernisation of the local seabed terrain and high-accuracy improvement of the water depths in the area of interest. The MBES data proved to be exceptionally important as water depth variations were found to be as much as 1,600m different from existing satellite-derived maps.

It is apparent that deepwater MBES-based studies continue to expand in both size and variations on their applications. The author hopes that it won’t be long before the nations and large industry players of the world understand the importance and benefits of a fully, accurately mapped global seabed.

This article is published as Insider's View in Hydro International July-August 2015. 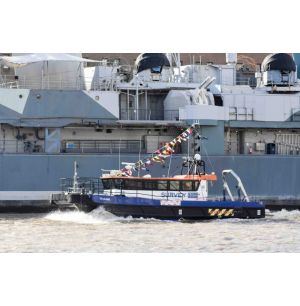 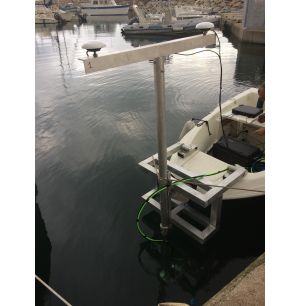