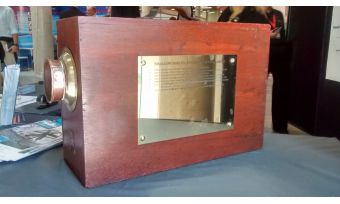 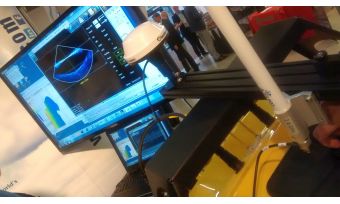 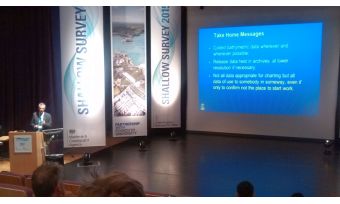 The biennial event Shallow Survey was held in Plymouth, UK, from 14-18 September 2015. The Roland Levinsky building of the university hosted the conference, welcoming over 300 delegates. The trade show with  45 stands was spread over three floors. In addition to the papers focussing on the common dataset, there was much attention for other subjects like satellite bathymetry, data management and quality control.

In the time running up to Shallow Survey, multibeam surveys using equipment of various suppliers were conducted in the waters of Plymouth and the common dataset was made available for analysis. This time, specific line patterns had to be run over a number of objects like a 2m cubic object and a wreck. Also vessel speed, swath angle and offline tolerance were made compulsory so as to create comparable datasets. Presentations focussed on this theme were given on the Monday. After a first description by Andy Talbot (UKHO) on the dataset, Peter Hogarth (Kongsberg Maritime) reflected upon the effects of sound velocity variations on the different datasets. Tim le Bas continued on object based image analysis (OBIA) and applied this principle to the datasets.

The conference continued by treating a wide range of other survey-related subjects like backscatter analysis, wreck survey, satellite derived bathymetry and bathymetric Lidar, crowdsourced bathymetry, geographic information systems and data management, visualisation and quality control, resurvey policies and survey planning and autonomous vehicles (surface and sub-surface). This conference clearly had a broader orientation than just the datasets and multibeam surveying. Especially the attention given to satellite derived bathymetry throughout the conference was impressive and insights shared were valuable.

Active involvement was possible during the workshops on Monday and Friday. Various suppliers such as Chesapeake Technology, Fugro, Caris and QPS provided hands-on training opportunities. Demo cruises were also organised throughout the week by Teledyne RESON, demonstrating their new T50-P multibeam sonar.

Networking with colleagues is also important during events like Shallow Survey. To facilitate a good chat, the organisers put a welcome reception on the agenda for the Monday evening for the early arrivals, an icebreaker reception on Tuesday and on Wednesday evening delegates were able to get a taste of the West – ciders, ales, wines and regional food were available throughout the exhibition area. The gala dinner took place on Thursday evening in the marquee on Plymouth Hoo, overlooking the Plymouth Sound.

The next edition of Shallow Survey will take place in 2018, in St John’s, Newfoundland, Canada.