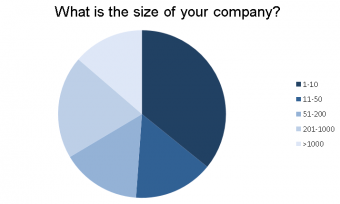 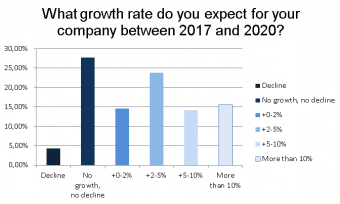 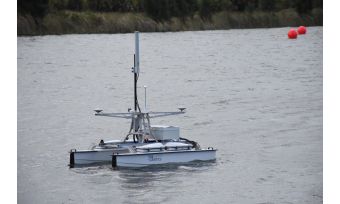 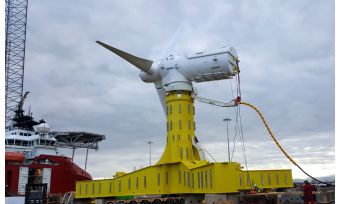 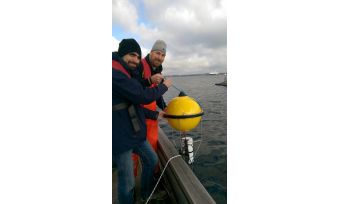 How is the hydrographic profession doing as a business? In the run-up to the start of 2018, 'Hydro International' decided to turn its sounder on and listen to the voices of the professionals. What do they think of the market position? What are the commonly felt challenges? And where do the opportunities lie in the near future? Does the sector have plans to expand, and are there investment initiatives? This article proudly presents the outcomes of the survey, and the outlook is optimistic.

In preparation for the Hydro International Business Guide 2018, a business survey was conducted to see how the hydrographic business is evolving. One of the goals was to see if the traditional concept that we have of the hydrographic surveying business matches reality – where the profession is moving and of course, where opportunities can be found. A total of 311 professionals contributed to the results that are discussed in this article.

A majority of the respondents (42%) indicated that they work in hydrographic surveying, and if we add to this the categories ‘Mapping’ (5.18%), Electronic Charting/GIS (4.21%) and cartography (1.94%), the traditional scope of hydrography, being surveying for safe navigation, is covered quite well. Environmental research is the next biggest category, 6.15% of the respondents are active in this field. If we consider the construction sectors, engineering surveying was indicated by 5.18% as their main activity, followed by offshore construction (3.56%) and construction surveying (2.27%). Dredging is the activity of 2.59% of the respondents. Looking further at surveying activities, remote sensing and Lidar were each mentioned as the main occupancy 2.27% of the times – however satellite bathymetry was not named. Another category that was named specifically was positioning, metrology (1.29%) and GNSS (1.29%). Professionals that included their own description were in education and training, (software) research and development, or indicated to be in more than one category.

As many people are talking of a decline in the hydrographic economy, our survey results showed optimism. Only 4.29% expects a decline for their company in the next three years; 27.7% foresees a steady situation with no growth or decline. However, more than half (52.5%) anticipates a light growth (0-10%). There were also quite some confident businesses, with 15.5% indicating that they are working to achieve a growth over 10% towards 2020.

What is driving this growth? The key drivers named were unmanned vehicles (surface, underwater and aerial) and drones. Also multibeam echo sounders (MBES) is an area that is considered to give a push to the developments that are important in the coming years. Interesting that a few mentioned coupled multibeam echo sounders. Another factor that was mentioned often is real-time processing, which is currently in its infancy but is anticipated to take off and gain interest. Lidar and satellite-derived bathymetry are also considered to be drivers for growth in hydrography. In addition, some mentioned ‘Lidar with drones’ – which can be promising although this will require miniaturisation of the technology – or increase the payload options for the UAS (unmanned aerial systems).

You are now probably thinking: ‘what about the data?’ This was mentioned on several occasions, including data management, and data analytics, however it did not feature as prominently as the previously mentioned aspects. Which makes us believe that it will be an important factor, but that it is considered to be a facility supporting the other technologies. One respondent mentioned that the ability to manage huge datasets on portable computing facilities is an aspect not to be underestimated. Furthermore, developments in underwater broadband communication and communication systems like Google’s Loons, and the increasing number of communication satellites will also take the profession ahead.

Asked to mention the technological advancements that are likely to be important for organisations reflects the answers to the last question. Remarkable is that ‘crowdsourced data’ was mentioned more often as was artificial intelligence. We also found answers like ‘Instruction’ and ‘remain up to date with modern survey technology, data acquisition and processing’. This indicates that (permanent) education can make the difference and that this should be integrated in the work processes of businesses.

Having said this, what is holding back the growth in the sector? Surprisingly, when we look to the earlier responses, the oil and gas industry decline was quite prominently represented. It was not the most important though. That was the availability of well-trained staff. The hydrographic profession needs people with the right skills and according to the survey answers it is important to find them. One person added that the reduction in offshore companies created an influx of freelance surveyors, making staff retainability a challenge. And we should carefully monitor the developments in IT as efficient data management was considered a challenge for about one third of the professionals. We need to keep up with IT developments, but we must also adopt them and make the IT work. Open data is another challenge and it’s worth finding out why this was mentioned as being a challenge. Is enough data available in an open licence? Can we find it? Is it the data we are looking for? It would be interesting to look deeper into this.

Looking at the rather personal additions, there were a couple of mentions pointing to conservatism and ‘old-school thinking’. This may also indicate that some of the respondents are looking forward to faster adoption of new technology and workflows.

Are there opportunities to pursue? Of course there are. The highest expectations are in coastal zone management – more than two thirds of the repsondents mentioned this sector as one with growth potential. You can also think of renewables. Most of the respondents rate tidal and wave energy (33.44%) higher than wind farms (28.81%) for further business opportunities. The next most promising sectors are deep ocean mapping and construction monitoring, and decommissioning (22.85% each). Staying in the dark waters, deep-sea mining is promising (18.9%) followed by land reclamation (11.92%). Looking at the number of replies to this question, the hydrographic profession is ready to look beyond the traditional activities for further expansion – and in new to explore areas.

Is it surprising that there are plans for investments for the coming year? Hardly! Hydrographic equipment like sonar, GNSS receivers and underwater positioning are leading – 43.2% of the respondents anticipate acquiring new survey equipment. Hydrographic software will also be in demand, with 34.8% of the respondents indicating that they expect to buy packages. Unmanned survey systems (including AUVs) also are high on the list. There is still room to purchase traditional survey vessels as they were on the wish list of 18% of the people who completed the survey.

We were also interested in finding out what advice you would give your colleagues. Most frequently mentioned advice included ‘Keep your knowledge up to date’ and training. Keep up with standards. But also: be ready to change, stay up to date, keep an open mind for new technologies and adopt them. The world is changing and you need to keep up with the new technologies and changes that are out there. You must also not be afraid to multitask, change role or be flexible in how you do the job. So at least try new technology so as to keep up to date with it! However, if technology doesn’t work, don’t be afraid to admit this. You should know the background and choose the technology that works best for you. Some suggested looking for a mentor to help you with your personal development.

On a final note, one of the respondents recommended reading Hydro International. We couldn’t agree more.