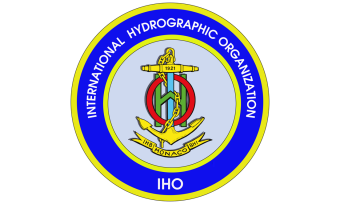 The year 2019 sees the centenary of the first Hydrographic Conference which took place in London in the summer of 1919. Only one year after the end of the First World War, representatives from 26 countries met in London at Trinity House to discuss and agree on future technical cooperation in hydrography.

The report of the proceedings starts with the following statement: 'The experiences of the war in special relation to hydrographic matters showed most clearly the enormous importance of the possession of accurate charts and hydrographic information generally, and the very grave disadvantage attendant on their no-possession; and also brought clearly into prominence the great divergence in methods of production, etc. obtaining in the various countries of the world. It was also evident that the cessation of the war must inevitably lead to increased activities in shipping trade, and that this must automatically increase the amount of hydrographic surveys which will be required by all maritime countries of the world.'

This notable modern phrasing confirms that hydrography was already well understood as a prerequisite of what we call ‘marine knowledge’. But clearly, the major focus had been the aspiration for uniformity of items such as units of measurement, descriptions of currents and tidal streams, and the design of nautical charts and sailing directions. The appropriate means to establish regulations of international validity that the international community of hydrographic offices agreed to at this conference, were called ‘Resolutions’. This type of resolution still prevails and constitutes the foundation of the International Hydrographic Organization (IHO) which was established in consequence of the considerations of the London Conference two years later. One of the fundamental documents of the IHO – the Publication M-3, or ‘Resolutions of the IHO’, still holds 23 resolutions which originated from this conference in 1919. Though amended from time to time, numerous basic assumptions related to the objectives of the organization are still laid down here.

One of the prominent outcomes is Resolution 7/1919 – ‘Hydrographic Office arrangements for the exchange and reproduction of nautical products’. This resolution was recently amended by the first IHO Assembly in 2017 to reflect the digital nature of nautical products. It can be expected that this has not been the last amendment since uniformity in presentation and support in the ease of handling has been a permanent subject of discussion for both chart and text orientated nautical information.

At the IMO Sub-Committee on Navigation, Communications and Search and Rescue conference, held in January 2019 in London, the United Kingdom Marine Accident Investigation Branch (MAIB) and the Danish Maritime Accident Investigation Board (DMAIB) presented a safety study on the use of Electronic Chart Display and Information Systems (ECDIS) onboard ships. The investigators embarked on 29 ECDIS-fitted vessels of various types: dredgers, buoy layers, general cargo ships, container ships, tankers and cruise ships. It is very educating to read the compilation of views of the interviewed deck officers in consideration of future ECDIS improvements, which includes:

Many of these requests have to be tackled by IMO regulations and emerging communication technology, but some of the more important ones can only be addressed through concerted actions of the underlying hydrographic datasets from providers. The national Hydrographic Offices, now with 89 IHO Member States, is dedicated “to improving global coverage, availability and quality of hydrographic data, information, products and services…” through the IHO Convention. Only by taking careful note of such user remarks will adopt appropriate action to their respective work programmes. The spirit of the very first conference, now a hundred years ago, which was to embark on a cooperative intergovernmental approach, still remains their leading line.