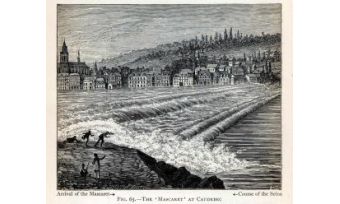 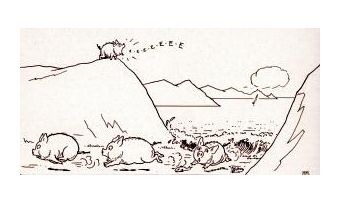 The 1941 Admiralty Manual of Tides defined a tidal bore or eagre as special tidal phenomena found only in certain estuaries or rivers, characterised by a sudden onrush of water on a rising tide. The word bore comes from the old Norse word 'bara' meaning wave. In general, bores are found where there is a high range of tide in a shallow estuary or river whose shoreline has a funneling effect on the rising tide. As the flood tide is constricted into a narrower space, the high water develops into a wave whose front becomes more abrupt. Finally it becomes so steep that the top of the wave falls over something like the crest of a breaker. These phenomena, when relatively small, were looked upon as curiosities in some places, and positive dangers to navigation in others. They could even be dangerous to those venturing out on tidal flats such as at Solway Firth as described by Sir Walter Scott in the novel Redgauntlet: 'the tide advances with such rapidity upon these fatal sands, that well-mounted horsemen lay aside hopes of safety, if they see its white surge advancing while they are yet at a distance from the bank.' Scott also described the phenomenon of the accompanying noise of an approaching bore: 'the wind beginning to pipe such a wild and melancholy tune as best suited the hollow sounds of the advancing tide, which I could hear at a distance, like the roar of some immense monster defrauded of its prey.'

Tidal bores have been observed on all continents but Antarctica. However, many of these have been modified by navigational improvements such that the bore has been eliminated or significantly reduced. Western culture did not become aware of this phenomenon until Alexander the Great nearly had his fleet and army destroyed by an unexpected tidal bore while heading south to the sea on the Indus River in 325 B.C. As the great wave advanced up the river, ship collisions occurred and his fleet was thrown into disarray. Many of his ships were swept out of the main channel onto the previously dry land and stranded as the tide ebbed. Fortunately for Alexander and his fleet, a bore the following day re-floated his ships and they proceeded to the mouth of the Indus and the open sea.

Since Alexander's time, about eighty tidal bores have been discovered in numerous rivers and estuaries around the world. The largest of these occured on the Qiantang River in southeast China, first noted in the 7th century B.C., and sometimes referred to as the Qiantang Dragon. The tidal wave here approached nearly thirty feet in height as it rushed up the river endangering small craft and the occasional tourist watching the spectacle. Other famous tidal bores occured in Brazilian rivers including the Amazon and the Araguira, the Hooghly in India, arms of the Bay of Fundy in Canada, several locations in the United Kingdom, and the Seine in France. A description of a few of these bores follows from a quaint publication called Half Hours in the Deep, no publication date was given but it was published about 1880. For those interested, it can be found online at website 1.

The Hooghly Bore was described by James Rennell: "... the bore commences at Hooghly Point, the place where the river first contracts itself, and is perceptible above Hooghly town; and so quick is its motion that it hardly employs four hours in travelling from one to the other, though the distance is nearly seventy miles. At Calcutta it sometimes occasions an instantaneous rise of six feet, and both here, and at every other part of its track, the boats on its approach immediately quit the shore, and make for safety to the middle of the river. In the channels between the islands at the mouth of the Meghna, the height of the bore is said to exceed twelve feet, and is so terrific in its appearance, and dangerous in its consequences, that no boat will venture to pass at spring tide."

The Hooghly Bore, as fearsome as it could be, is but a ripple compared to the Qiantang Bore, the greatest of tidal bores: "Between the river and the city walls, which are a mile distant, dense suburbs extend several miles along the banks. As the hour of flood-tide approached, crowds gathered in the streets, running at right angles with the Tsien-tang [Qiantang], but at a safe distance. ...

On a sudden all traffic on the thronged mart was suspended; porters cleared the front street of every description of merchandise, boatmen ceased loading and unloading their vessels, and put out into the middle of the stream; so that a few moments sufficed to give a deserted appearance to the busiest part of one of the busiest cities of Asia. The centre of the stream was crowded with small craft, from small boats to huge barges, including the gay ‘flower.'

Loud shouting from the fleet announced the appearance of the flood, which seemed like a glittering white cable stretched athwart the river at its mouth as far down as the eye could reach. Its noise, compared by the Chinese poets to that of thunder, speedily drowned that of the boatmen; and as it advanced at prodigious velocity, it assumed the appearance of an alabaster wall, or rather of a cataract four or five miles across, and about thirty feet high, moving bodily onward. It soon reached the immense assemblage of vessels waiting its approach.

Knowing that the bore of the Hooghly ... invariably overturned boats that were not skillfully managed, I could not but feel apprehensive for the lives of the floating multitude. As the foaming wall of water dashed impetuously forward, threatening to submerge everything afloat, they were all silenced, and intently occupied in keeping their prows toward the wave; and thus they all vaulted, as it were, to the summit in perfect safety.

The spectacle was of the greatest interest when the eagre had passed about half-way among the craft. The boats in front were quietly reposing on the unruffled surface of the stream, others were scaling with agility of salmon the formidable cascade, while those behind were pitching and heaving in the tumultuous confusion on the troubled water.

This grand and exciting scene was but of a few moments duration; it passed up the river in an instant, but with gradually diminishing force, size, and velocity until at about eighty miles above the city... it ceases altogether to be perceptible."

The bore, or mascaret, on the River Seine was also once quite a spectacle although it has been modified by ‘improvements' to the river channel. Camille Flammarion, the author of the 1894 book Popular Astronomy, recounts the explanation given by a French resident of the countryside concerning this bore: "I do not know how the wise men explain it; but for us it seems to be nothing else but the well-known antipathy between salt water and fresh. They are not of the same character... and there is on that account a natural hostility which we forget... well, then, the salt water ends by becoming angry. It accumulates its anger, and every evening, especially at the equinoxes, when it is already naturally furious, it resolves on hunting the fresh water and sending it back with great velocity...."

In closing, a short note on a herd of pigs on the shores of Canada's Bay of Fundy, where "the ‘bore' rushes with a tremendous force, and with a roaring noise, appearing as it ascends like a cataract pouring down a slope, in the same manner as the rapids of the St. Lawrence." In the Field Engineers Bulletin of the Coast and Geodetic Survey for December 1937 is the story of pigs in the region that proceed out onto the tide flats at low tide to feed on stranded fish and uncovered shellfish. But before doing so, "they leave one of their number stationed on a high bluff looking toward the sea. On the approach of the rapid rise of water, this sentry squeals a warning to the herd feeding below, which gives them sufficient time to scamper to safety up the bluff." Residents of this region also were known to brag of the superior quality of their bacon composed of alternate layers of fat and lean. The explanation for this was that "At low water the pigs feeding on the stranded fish put on a layer of fat." On the approach of the bore, "the pigs must run like wildfire to escape, and the effort produces the layer of lean; hence alternate layers of fat and lean." 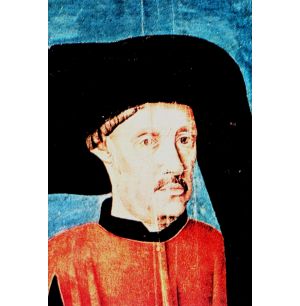 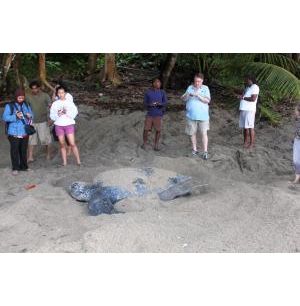