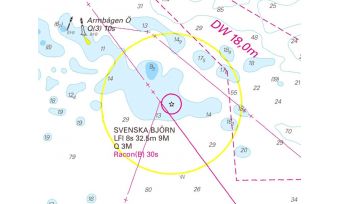 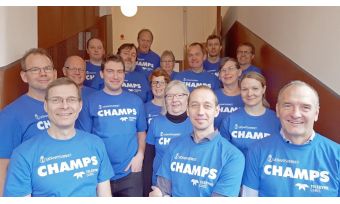 Sweden is a unique archipelago with thousands of islands, and hydrographic survey data is critical to managing its rocky coastal waterways. The Swedish Maritime Administration (SMA) is responsible for the accessibility, navigability and safe passage for vessels along the country’s 3,218 kilometres (2,000 miles) of coastline. The area of responsibility also includes Sweden’s four largest lakes, as well as rivers and canals with international traffic.

The SMA provides and develops environmentally friendly and efficient sea routes through a 24-hour service, and supports a range of activities including pilotage, fairway maintenance, ice-breaking, hydrographic products, and maritime search and rescue.

Every year, there are approximately 2,500 changes in Swedish waters; from new shoals and hydrographical updates to rebuilding of ports, underwater cables and pipelines, changes of navigational aids and new jetties in visitors’ marinas. Accurate charts and well-kept fairways are critical for contributing to improved safety at sea, and it is therefore vital for the SMA to have systems in place to manage the large volumes of survey data and quickly disseminate updates to users as changes occur.

The SMA measures the depths of Sweden’s fairways and establishes the position of objects that are relevant to navigation. Hydrographic surveying is performed mainly by SMA’s vessels using multibeam equipment to achieve full seafloor coverage according to the IHO standard S-44.  Information collected is stored in two major databases: the Depth Database is where SMA store bathymetry data, and the Chart Database, which is used to produce products such as printed paper charts and Electronic Navigational Charts (ENC).

Up until 2014, the SMA employed a legacy software for the management of spatial data in the chart database to support chart production. The SMA decided to replace the previous system when the company who owned the software announced it would no longer be in development.  At that time, all the ENC and the paper chart outputs were developed in-house, supported by bespoke software. The SMA decided to streamline their future production activities by moving from a tailor-made to a Commercial Off-The-Shelve (COTS) system.

In 2015, the organisation purchased Teledyne CARIS’™ Hydrographic Production Database™ (HPD) to support data services and the creation of paper charts and ENCs.

In the Chart Database the information is divided into six scale ranges: Berthing, Harbour, Approach, Coastal, General and Overview. The scale range containing port information is the least generalised (Berthing and Harbour) and contains the most detailed data. Approach covers the whole Swedish coast and is used for Approach ENCs and paper charts at scale 1:50 000. Coastal, General and Overview provides more generalised data covering the Swedish coast and nearby neighbouring countries’ waters.

The database is continually updated and distributed to users of ENCs. These updates are also published in Notices to Mariners (NtM) which are issued once a week and inform paper charts users of changes.

The original source of data in the Chart Database come from paper charts which were digitalised many years ago. Since then, the SMA processes most data in a fully digital production line from surveying to the Chart Database, and the resulting products. The SMA also creates ’safe sea routes’ which entails improving the information about the most critical Swedish fairways using an entirely digital production line, from measurement input to chart production. In the future, this will also make it possible for the SMA to present depth contours other than those currently included on navigational charts.

For the implementation of CARIS™ HPD to be successful, the new production system had to meet many requirements in order to work adequately for the full breadth of SMA production activities, and to easily maintain and update the chart data. It was also important for SMA to have a system where they could store the growing volumes of information they were acquiring during surveys and data received for other updates.

In 2017, the SMA successfully implemented the HPD system after being customised to meet SMA’s special requirements and workflow needs. The new database provides the organisation with an integrated suite of products including a range of chart editors that can manage data in a seamless database, providing a multi-user environment for efficient data maintenance and chart production.

An ENC (Electronic Navigational Chart) is a special type of vector chart, following the IHO Standards, primarily intended for use in ECDIS (Electronic Chart Display and Information System) to promote safety at sea.

ECDIS combines components such as ENC, GPS receiver, radar, and autopilot allowing the vessel’s position to be plotted directly on the chart display on the screen. Using known parameters such as course, speed and the vessel’s draught, the system can perform other functions including issuing a warning when the vessel is approaching shallow waters.

The transfer of information for ENC production from the legacy system to HPD was relatively simple. The SMA took the Swedish ENCs from the legacy software and transferred the data into the HPD production system within a few hours. The SMA also invested heavily in training and education for the new system, supported by Teledyne CARIS, and included in-system production and data management exercises, as well as external English language classes.

The system migration challenges lay mostly with the paper charts. The high volume of cartographic information in these products adds additional complexity when transferring the data to the new HPD system. For example, there could be a specific rotation of a buoy in a paper chart which is not used and seen in an ENC. There is also a lot of text placement in a paper chart that is not present in an ENC product. For example, paper chart users can see text in black describing a lighthouse with respect to the buoys' light character. The text placement is done manually in order to not interfere with any other more important information, such as depth figures.

Furthermore, when portraying objects such as a lighthouse much effort is put into how to represent the object in a paper chart, while this is done mathematically in an ENC. For example, in an ENC the rotation of buoys is always the same and the placement of the text, which in this case describes the light character, will appear differently when zooming in and out and when changing the scale in the ECDIS.

The SMA produced their first paper chart from HPD in September 2017, and the migration of cartography for paper chart products will be complete by July 2018.

The SMA will also use a newly developed option in HPD, developed by Teledyne CARIS during the SMA project, where cartography can be stored centrally in HPD for every scale range. This allows production of many different paper products using the same cartography and improves the efficiency by using the one source. For example, the same cartography for ordinary paper charts and leisure craft charts with the same scale is stored centrally and can be used directly for both products without any further editing during product output. Paper charts can be created from the same source data as is used for the S-57 ENC production, thereby eliminating duplication of data compilation and maintenance.

Once the migration is complete in 2018, the SMA will be able to utilise the standard cartographic presentation in the HPD Paper Chart Editor™ based on the IHO INT1 and INT2 or customised specifications. Both data for production of vector and raster paper charts can co-exist in the same HPD database, creating a more simplified and efficient approach to future production activities across the entire range of SMA products.