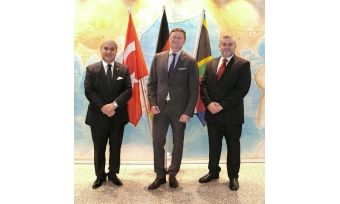 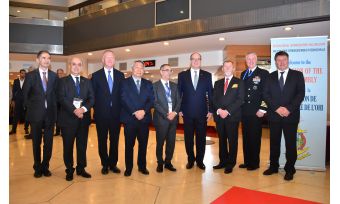 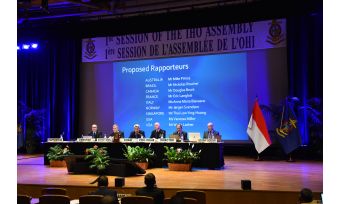 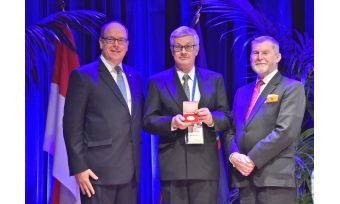 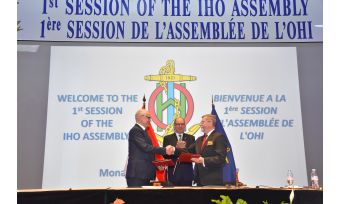 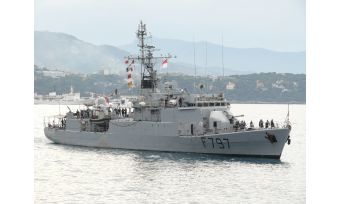 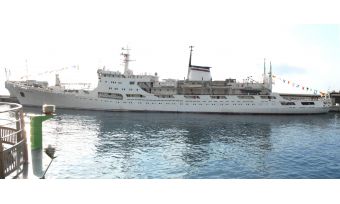 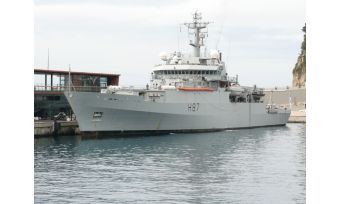 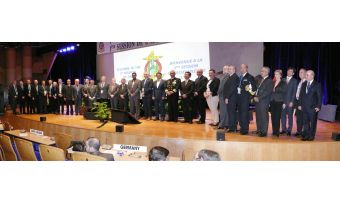 The first Assembly of the International Hydrographic Organization was held in the Auditorium Rainer III of Monaco, from 23 to 28 April 2017. I have entitled my report after a quotation by Jean Monnet, French politician and one of the European Community’s founders: Les hommes passent, les institutions demeurent. The director Gilles Bessero mentioned it in his farewell speech at the end of the Assembly.

Jean Monnet’s sentence is perfectly applicable to the IHO, an organization founded in 1919 that has, since then, not stopped growing in number of Member States and continues to ensure that all the world's seas, oceans and navigable waters are surveyed and charted.

In his opening speech, the Sovereign Prince of Monaco, Albert II, reminded us of the history of the IHO starting from the Maritime International Conference held in Washington in 1899 followed by the conferences in St. Petersburg (1908 and 1912). As known to all, the Hydrographic Organization was eventually created at the London Conference of 1919. The Principality, said the Prince, is glad to see that the IHO is now implementing the substantial changes to its Convention decided during the Extraordinary Conference of 2005.

The Prince also mentioned the growth in number  of Member States (from 41 in 1970 to the present 87) and welcomed the recent adhesion of Georgia, Viet Nam, Brunei Darussalam, Malta and Vanuatu. From now on, the adhesion of new members will be much easier and speedier thanks to the special clause included in the IHO Convention.

The Prince reminded everyone of his commitment to the preservation of the environment and especially the seas and oceans.

His Serene Highness Prince Albert II of Monaco presented the Prince Albert Ist Medal for Hydrography 2017 to Mr Juha Korhonen (Finland) for his active and continuous contribution to the work of the IHO from 1980 until his retirement in 2014 and for his success in maximising hydrographic capacity within the Nordic and the Baltic Sea region.

On his part, the IHO Secretary General (Robert Ward) mentioned the forthcoming UN Ocean Conference in June 2017, where the IHO Secretariat will represent the IHO. In that regard, he added, we all look forward to supporting You, Serene Highness, in Your efforts at the Conference, where we hope that hydrography and the measurement of the depth and shape of the seafloor will be further recognised for the fundamental role that it plays in the sustainable use of the world’s seas, oceans and navigable waterways.

Dr Parry Oei, Hydrographer of Singapore, chaired the Assembly with outstanding professionalism. Dr Oei is well known and respected in the hydrographic environment for his active participation in all the IHO fora and activities. Captain Brian Connon (US Navy) was elected vice chairman.

Thanks  to Dr Oei’s guidance (well assisted by the IHO Secretary-General and the IHO directors), the discussions about the items of the Assembly went very smoothly. Here is a summary of the decisions.

The Assembly approved the proposed revisions to the IHO Strategic Plan and tasked the Council to conduct a comprehensive review of it, in time for the consideration during the 2nd ordinary session of the Assembly (2020). The nomination of the members of the Council will be finalised in June 2017.

The long-standing item of revising the publication S-23 (Limits of Oceans and Seas edition 1953) was briefly discussed: the Assembly tasked the Secretary-General to facilitate an informal consultation process amongst the Member States and report the result to the next Assembly (2020).

The Assembly urged the Member States to contribute more actively to the implementation of Programme 2 (hydrographic services and standards) and to maintain the relevant expertise. In particular, to verify the consistency between the Electronic Navigational Charts and the paper charts.

The Assembly acknowledged the significant contribution by expert contributors from industry and academia and encouraged their continuing involvement in the activities of the Organization. On a personal note, I would here like to add that it would be advisable that the IHO establishes an easier way of making use of the HO’s charting data by the industry.

Wider Use of Bathymetric Data

The Assembly approved a resolution about ‘Improving the Availability of Bathymetric Data Worldwide’. This is in view of a wider use of those data in support of the ‘sustainable development, management and governance of the marine environment’. Member States should actively participate in and contribute to the marine element of national Spatial Data Infrastructures (MSDI).

The supplementary methods for collecting bathymetric data may include:

The Member States, the Hydrographic Commissions and the Council will need to undertake a lot of work to implement this resolution.

In the technical support field the statement by Italy about the support for the creation of the hydrographic service in Lebanon was noted.

In the training field, the Assembly advised the Inter Regional Coordinating Committee to take e-learning into account and to consider using it in its Capacity Building activities.

The finances of the IHO are in good health. The Assembly approved the financial report for 2016 and the proposed budget 2018-2020.

Twenty-three Member States participated in the cartographic exhibition. The visitors awarded the prize for the best presentation to the Republic of Korea. The presentation by Monaco showed the sea area that will be reclaimed, located near the Auditorium. The works for this are in progress.

During the week of the Assembly there was a full social events programme both onshore and on board of the vessels sent to call the Port of Monaco by: Brazil (NPqHo Vital de Oliveira), France (Corvette Commandant Bouan) , Italy (INS Aretusa), Russia (Admiral Vladimirskyi) and the United Kingdom (HMS Echo).

Election of the New Council

The morning of the Assembly’s last day was dedicated to the election of the new Secretary-General and of the two directors. <i>Hydro International<i> interviewed all the candidates.

There were three ballots:

All the candidates are more than able to fulfill the post of director or Secretary-General and it is understandable the disappointment of those that were not selected. Engineer General Bessero accepted with dignity the decision not to reelect him. He received a standing ovation for his farewell speech, mentioned at the beginning of this report.

Looking Back and Forward

In conclusion, the first IHO Assembly was a remarkable event in the long existence of the IHO (the IHO will celebrate its first centenary in 2021). The Member States’ delegates that participated in the Assembly, may say that they have put in motion the implementation of the substantial changes to the Convention. The future work of the Organization will proceed with a well-programmed sequence. In doing this, the action of the Council will be very effective. Very few intergovernmental organisations have achieved such longevity and such capability to renew their modus operandi, with the aim of meeting the needs of the users.

This has been achieved thanks to:

The active participation of the Member States, the generosity of the Principality of Monaco that hosts and assists the Organization and, last but not least, the work of the men and women in the Secretariat.

The IHO was part of the League of Nations but did not become part of the United Nations. Nevertheless,  the IHO is now well connected with the UN Assembly, the Division for Oceans Affairs and Law Of the Sea, the International Maritime Organization, the International Seabed Authority, the World Meteorological Organization and the Intergovernmental Oceanographic Commission thanks to the support of Monaco’s Government. The liaisons with those UN Agencies made it possible to integrate the hydrographic works with their activities, with tangible benefits. The intense work of the present Directing Committee in technical and diplomatic fields was a real boost for the steady progress of the Organization. Hydro International would like to thank the Secretary-General Robert Ward,  director Mustafa Iptes and director Gilles Bessero for their very successful results in favour of the maritime world.