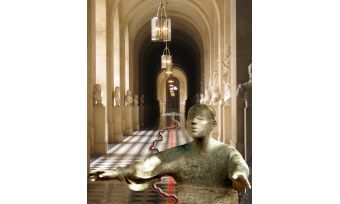 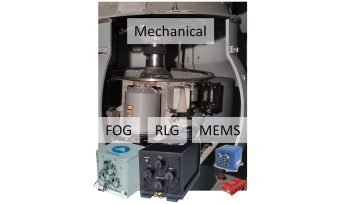 Inertial Navigation Systems (INSs) are a great help in applications where either position stability is of great importance or where bridging (small) positioning gaps is a requirement. To understand INS, imagine you are standing blindfolded in the centre of a long hallway. Then you start walking. You may proceed quickly at first, compensating as needed and covering ground with confidence. Eventually, however, you begin to lose your sense of alignment. This ability to successfully navigate when denied a visual frame of reference, even for a relatively short amount of time, represents our own basic human form of inertial navigation.

An INS is a relative positioning system. That is, it computes a position difference from a starting position (the centre of the hallway) using information about distance and direction. The combination of a 3 dimensional direction and a 3 dimensional acceleration / speed translates into a 3 dimensional position difference when computed over time. The direction and acceleration are determined from an Inertial Measurement Unit (IMU). A modern IMU is of the ‘strap down’ type and built around 3 accelerometers and three gyroscopes to provide rotation information. By using the 6 sensors from the IMU and combining them with the position information from, for example, a GNSS or a USBL system, a new position can be computed allowing the IMU to bridge a (small) gap in positioning information. This time, while travelling the same hallway blindfolded, a friend verbally directs you once per second. This greatly increases chances that you will proceed faster, never touch a wall, and will stop safely at the end.

A major hurdle that has to be overcome in an INS is the integration of all the readings on an exact time base; even small delays can cause significant errors in the final position. Also, in hydrography and navigation we are used to talking about heading when it comes to direction and the pitch, roll and heave movement of the vessel. These are all values that use a stable external reference; True North and the local vertical. An IMU does not measure heading, roll, pitch and heave, rather the information from the 6 ‘strapped down’ sensors is converted using filtering algorithms into a heading, roll, pitch and heave value. The resulting accuracy depends on the type of sensors used but can, for the IMU alone, be better than 0.1° for the heading (on the equator), 0.01° for roll and pitch and 0.05 cm or 5% of the heave motion.

If the positioning system has a lot of noise (as may happen with, for example, USBL in deepwater) a clever combination of the IMU data with the positioning system data allows smoothing of the position information, thereby improving the overall position accuracy and stability. The integration of the IMU and position data is commonly done using an Extended Kalman Filter (EKF). The EKF predicts a future position (and speed) based upon past position (and movement) information. With regular position updates the output of the EKF is generally better than any of the separate inputs. Depending on how the IMU and positioning system are integrated we talk about a ‘tightly coupled’ or ‘loosely coupled’ INS. A tightly coupled INS requires that all raw sensor information (including raw GNSS range information) is available and is relatively complicated to develop. When done correctly the tightly coupled INS is significantly better than the loosely coupled INS where the outputs from the GNSS (position, heading and speed) and IMU (heading, rotation and acceleration) are integrated externally.

As stated, the IMU has 3 accelerometers and 3 gyroscopes to measure along the X, Y and Z axis of the IMU (sometimes also called X1, X2 and X3 axis). Accelerometers are all essentially of the Micro Electro Mechanical Sensor (MEMS) type. There are different types of construction available (of which some are simply called solid state sensors) but all are built ‘on a chip’ and contain no moving parts in the classical sense. The accuracy of the accelerometer is determined by the quality of the sensor itself but also by local changes in the gravity field of the Earth. The quality of the sensor depends on the calibration procedures used as well as whether an advanced temperature stabilisation is employed within the device.

As to the gyroscope, three main different types exist; these can be roughly divided into MEMS, Fibre Optic Gyro’s (FOG) and Ring Laser Gyro’s (RLG). MEMS are the most common today; they are small and are relatively cheap. MEMS are also found in smartphones to control, for example, screen orientation. When using MEMS technology, a modern IMU can be as small as a few centimetres cubed. The typical stability of a MEMS gyroscope is between 1° and 5° per hour with a few types significantly better and some significantly worse. A 1°/ hour heading error at a speed of 10 knots translates in a position error of over 5 meters after a minute without position updates. Because there are 3 gyroscopes (and 3 accelerometers), the IMU stand-alone position will normally be worse than the quoted 5 metres.

If better performance is required, an IMU with FOGs can be chosen. These typically have a stability of better than 0.1° per hour resulting in smaller position errors than the MEMS. The FOG uses the interference pattern created by two pulses of light travelling in opposite directions through long coils of optical fibre to measure the rate of turn.

When even better accuracy is required, an IMU containing RLGs can be chosen. RLGs have drift rates of less than 0.002° per hour making them suitable for applications that either require very high accuracy or autonomous positioning performance over long timespans. The RLG has replaced the traditional (mechanical) gyroscope used in most military applications. As can be expected, an improved accuracy comes at a cost.

Sometimes an INS is aided by a Doppler Velocity Log (DVL), pressure sensor or magnetic compass, to provide additional information on movement and direction. The advantage of using, for example, a DVL is that a separate source of speed information is obtained against which the speed from the IMU can be checked. A RLG with DVL augmentation can obtain drift rates of less than 20 metres / hour.

An INS can achieve very high accuracies where heading, roll, pitch, heave and position information is concerned. The quoted accuracies are, however, those of the INS itself and are only achieved when the system has been properly set up. This requires knowledge of the various integration parameters according to the type of platform and its most probable behaviour (filter settings).

But even with the proper settings an INS only provides a reliable position if it is properly aligned to the platform on which it is installed. This means that the axis of the INS must be exactly aligned with the axis of the platform (vessel geometry). This is done by aligning the sensor as well as possible in a mechanical sense and then determining the remaining offset using a proper calibration procedure.

When separate positioning sensors are used such as GNSS or a separate USBL, the relative position of the positioning sensor to the IMU must be determined accurately to achieve the advertised accuracy of the INS. To achieve this, an integrated unit with for example USBL + IMU may prove helpful as the offsets have already been modelled into the unit by the manufacturer requiring less set-up by the end-user. 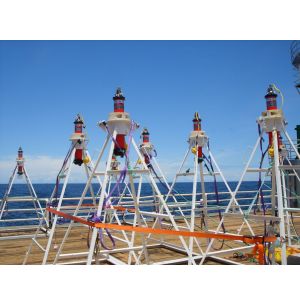 A Comparison of Five Main Metrology Techniques in Use Today 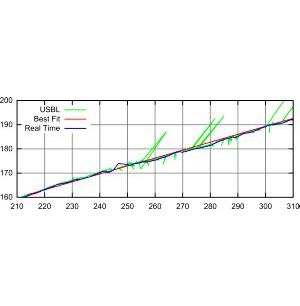 INS and DVL for Out-of-Straightness Surveying 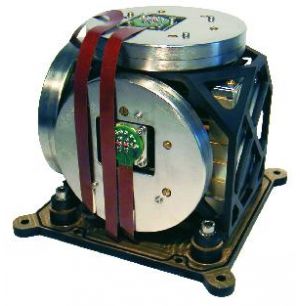 Technology in Focus: How Does Inertial Navigation Work?
Latest article